Back in the 80’s the Katana brand was incepted as the flagship Suzuki performance motorcycles. Their GSX1100S Katana was claimed to be the fastest mass-production motorcycle in the world. The Katana brand was a design collaboration between the Japanese manufacturer and Bavarian firm Target Design to design motorcycles that were appealing to the Europeans, but over the years in which the Katana brand was used, its image got diluted, and the moniker ended up on everything from 50cc and above motorcycles, finally getting discontinued in 2006 with the GSXF-K6. 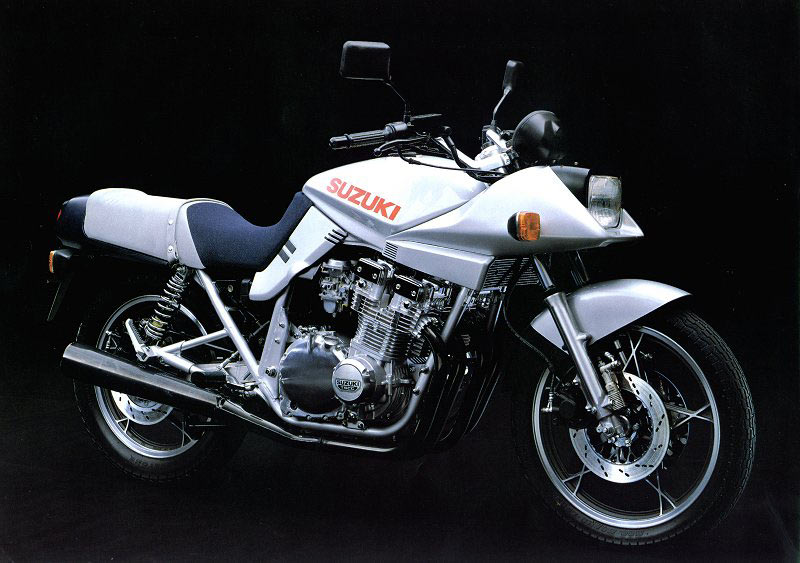 Now, once again, news has started to surface that the Japanese motorcycle manufacturer is considering to revive the company’s performance brand as Suzuki recently re-registered the Katana name and logo with the European and American trademark offices. This could once again be good news, and speculations are that the Suzuki Katana name could be used on the production versions for the turbocharged Suzuki Recursion concept, since the name has always represented niche performance segment for the company.

Meanwhile, another name and logo trademark has been re-registered by Suzuki. The “Gamma” brand that was symbolic earlier as the company’s two stroke performance machines, such as the RG500 Gamma, has also been registered, but currently its unclear as to how the company would leverage from this brand in modern times where two stroke engines are no longer permitted due to emission norms.