Spotted in Barcelona, Spain by BMH photography – Triumph testing what is thought to be the new 2016 Tiger Explorer.

The pictures show new forks that carry radial mounted Brembo brake callipers; a feature from BMW’s R1200GS and this would be replacing the old Nissin set up.

The front and rear wheels are new with a revised spoke arrangement. 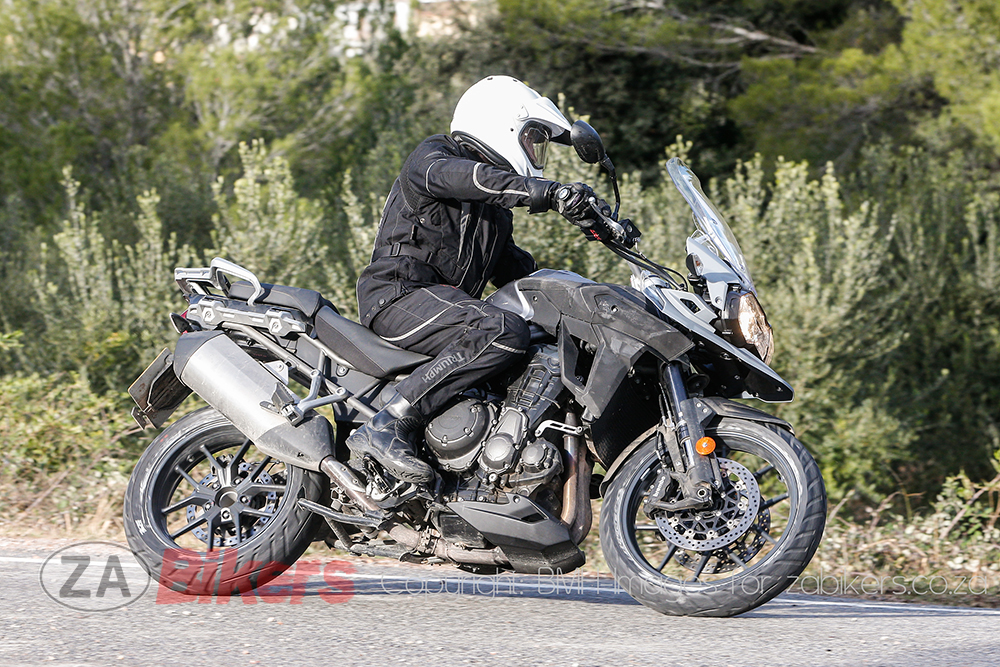 It is thought that the bike could be launched with the Electronic Suspension System that is found on Triumph’s bigger tourer, the Trophy also found on the BMW’s R1200GS.

Reports from the photographer suggest that there may be engine and fuel-mapping changes, as it appeared the rider was testing throttle response.

Styling Changes:
A new beak that gives straighter lines to the bike, new radiator cowls and bodywork, which has a more, extended look and a new belly pan. 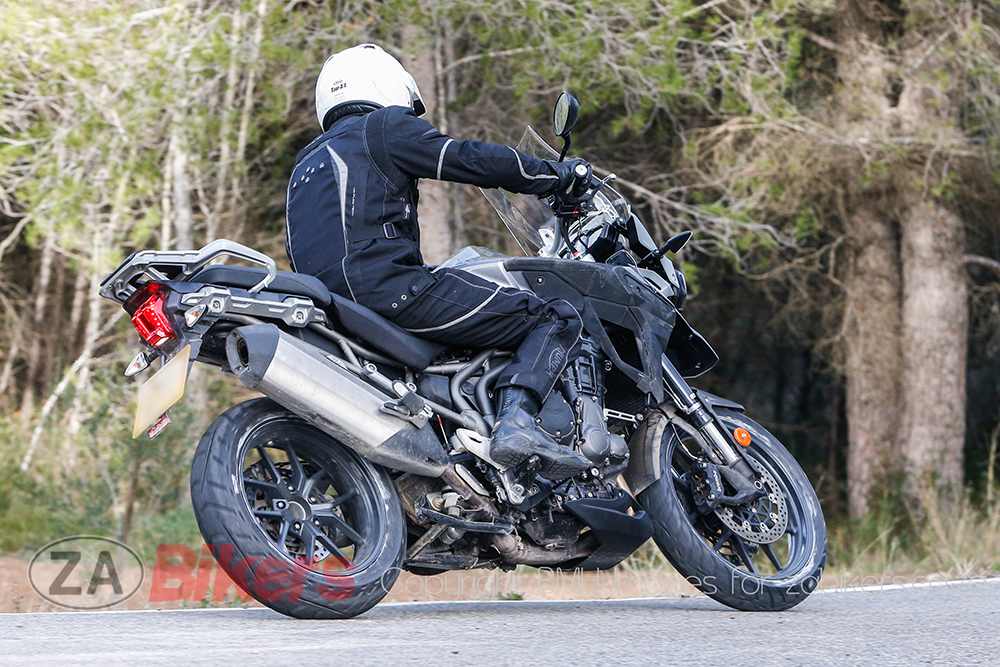 The screen looks to have changed, there is two smaller sections either side of the main screen, a new screen frame is visible and the thumb adjusters seen on the current model are gone, this may indicate that their could be an electronic windscreen adjustment system like on the BMW R 1200GS.