The 2017 MOTUL Roof of Africa will herald the 50th anniversary of this iconic race. Whilst the event started in 1967, political unrest in Lesotho saw the event cancelled in 1998, so it is the 49th actual running of the Roof. The maiden motorsport event that birthed the idea of a race across Lesotho was a car rally organized by the Sports Car Club in 1965. The rally started in Johannesburg, entered Lesotho and descended Sani Pass to eventually end in Durban.

In 1967 the rally became a race across Lesotho. Starting at the Sani Pass hotel, it ascended the Pass and crossed Lesotho on a combination of dirt roads and tracks to end in Maseru, the capital city. This inaugural event was won by South African motorsport legend Jan Hettema in a virtually standard Volvo.

1968 saw the first of the Star newspaper sponsored Roofs which did much to give the race decent coverage in the media of the day.

Motorcycles competed in the Roof for the first time in 1969. Barry Broady [who died in his early fifties of a heart ailment], won the first motorcycle Roof. He won again the following year. Employed by Honda at the time, Barry rode a Honda SL 350 to victory. To better understand the different nature of the Roof in later years we will take a closer look at the bikes and how they have evolved in a future blog. 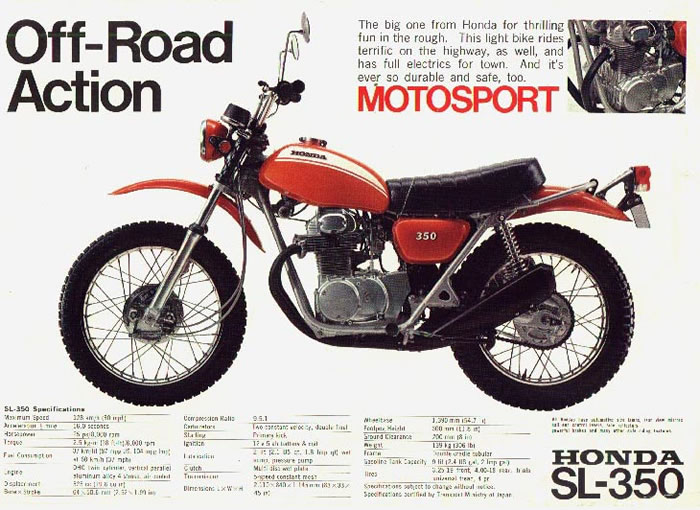 As the Roof grew in status and fame it quickly established itself as a bucket list race for hard core Enduro riders world-wide. Malcolm Smith, a star of the iconic motorcycle movie ‘On any Sunday’ and a great buddy of screen legend Steve McQueen, tackled the Roof in 1975 and won convincingly. He considers the Roof victory as the pinnacle of his off-road racing career. He was thus the first foreign rider to make his mark on this amazing race.

An Italian, Elio Andreoletti won in 1978 and again in 1981. Aussie rider Murray Watt won in 1985 with German Jurgen Mayer clinching victory in 1987. The Roof has only been won once by a citizen of Lesotho, Patrick Andrews in 1992.

Past winners of the Roof read like a who’s who of South African, and more recently, World Enduro superstars. Riders with a brace of wins apiece are Barry Broady, Roy Linley, Duncan Barson, Elio Andreoletti, Elmer Symons, Darryl Curtis and Wade Young.

Young, as luck would have it, is also the youngest rider to have won the Roof, at the tender age of 16!

What made his victory so memorable is the fact that he beat British Enduro maestro Graham Jarvis, ending an eighteen-month unbeaten record for the Brit. Young continued to make his mark in an emphatic fashion on the world Enduro scene.

With three wins to their names we have Louwrens Mahoney and Chris Birch, the New Zealand star.

Undoubtedly the current dominant force is the aforementioned Graham Jarvis with four titles to his credit.

Our own Alfie Cox is ‘Mr Roof’, with an incredible 9 nine victories! That is a record that will take some beating.

What about manufacturers? Let’s take a look at what bikes have dominated the Roof. KTM are way ahead with 24 victories. Yamaha bring up second spot with 7 wins, with Kawasaki nipping at their heels with 6. Then we have Honda with 5, Husqvarna with 3 and Husaberg with 1. Barry Falconer flew the solitary Suzuki flag in 1979. So, there you have it!

Another interesting statistic is that two people have won the Roof on two wheels and also in four. Neil Woolridge won on a Kawasaki and in a Mitsubishi Pajero. Ken Skjoldhammer was victorious on his KTM in 1976 and won the Special Vehicle section in 1989 in a Raceco. Whilst cars, bikes and quads contested the Roof in the past, the nature of the route for the top contenders prohibits anything other than bikes. Cars and quads would not have a snowballs hope in hell of crossing the type of country that the top bikes traverse.

As the entries come in for the 2017 race we will see who is facing off for top spot. Watch this space as the drama unfolds!