Home News & Features Features To Flash or not to Flash… That is the question! 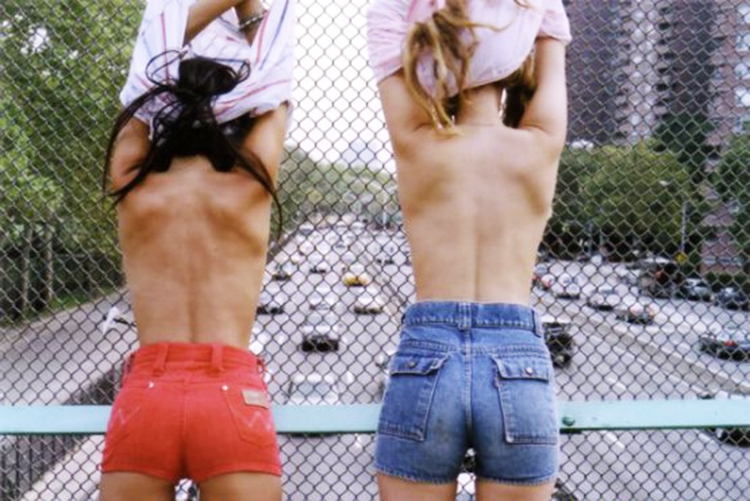 Whoa guys! Before you reach for the lapels of that grubby raincoat… I am not talking about that kind of flashing. This is a motorcycle blog! I’m talking modern motorcycle electronics. Perhaps the three letters that define performance characteristics more than any other are ECU; Electronic Control Unit. The little black box that, coupled together with the onboard computer, tells your bikes engine what to do, and how to do it.

Back in the days, you tuned your bike by mechanical means; Airbox, valve adjustment, jetting, exhaust, timing etc. By harmonizing these elements you would try to optimize your bikes ride performance. The ECU has changed all that. To meet emission standards and please regulators, the Design Engineers from each bike manufacturer, programme the ECU to do their bidding. Sounds great, but the truth is, the end users, us riders, don’t always see eye to eye with these dudes. Take my Yamaha XT 1200Z Super Tenere as an example.

The Super Ten is a good adventure bike, no question. Fact is it has some fundamental flaws. Let me explain. The Ten has a “fly by wire” throttle. There is no throttle cable as we know it, but rather electronic impulses to the fuel injection, controlled by the ECU, which control fuelling, engine timing, traction control and so on. The Ten also has two power modes, activated by a switch on the right handle bar, Sport or Touring. In the “Sport” mode, the performance is adequate with way more urgency than “Touring”, which softens the performance to that of a Honda 700 Trans Alp.

Why, in the name of all that is Holy, would I or anyone else for that matter, want to emasculate my 1200 to perform like a 700? Bottom line, turf the Touring mode and just give us Sport. Enter politically correct. There was a time when “throttle control” was part of every discussion around bike performance. My right hand would determine how much throttle was applied in any situation. This was part of honing your riding skills. Now a little black box makes the decision. Get my drift?

The other problem is that the ECU is a crappy rider! My Super Ten suffered with a “soft spot” just off idle, felt particularly when pulling away. There was also discernable throttle lag when cracking the throttle open. You would get the feeling that the motor was always lagging behind what your right hand was telling it to do. Now, a bit of research, via my friend Google, cast a lot of light on the subject. It seems that Yamaha engineers do not think that riders are up to handling an un-bridled Super Ten, so they electronically hobbled the beast! – on purpose!!

Despite restricted power, the Super Ten is an excellent adventure bike. Good suspension, great comfort, proven reliability and uncanny stability on the dirt, ticks all the boxes. Almost every test report I have read on this bike recognises all of these attributes but they also refer to a bland, or even boring engine. Aagh!! – Let’s face it, boring and bikes just shouldn’t share the same sentence!

The liquid cooled BMW 1200 GS and the beastly KTM 1190 R are far from boring! In real world rides, the GS spanks the KTM due to its rich vein of torque. The top end rush of the KTM is seriously thrilling, and way softer torque at low to medium revs let the KTM hook up its back wheel and find traction in the dirt. So where does that leave the Super Ten? In one word – behind!

This is where it is essential to flash, if you own a Ten. No guys, leave your pants on, “flash” the ECU!

Way back when, a disgruntled Super Ten rider got some electronic boffs to decipher the ECU to see what gives. Over time, a recording or remapping process evolved, whereby all the fuelling and power limiting maladies were addressed.

Instantly the Yamaha is transformed into the bike it should be. Good, gut wrenching grunt, stomp, shove, torque by the bucketful, is available from idle. Gone is the soft spot. Gone is the throttle lag and in its place, power like you would hope for, from a 1200cc parallel twin. The old seat of the pants sensation is one thing, but get a load of this. Strapped to a dyno an incredible picture emerges. The power and torque curves are rich and strong from out of the basement, eclipsing the standard bike at all engine speeds. The mid-range swells the power from 49hp to just on 70hp! The torque swells an incredible 12nm! This transforms the Super Ten from boring to roaring instantly. The gearing on the Super Ten is such that 5000 rpm in top gear equates to a speed of around 160kph. Fact is, you never have to rev this bike. It responds instantly as you surf that huge wave of mid-range power.

Riding my mates KTM 1190R, back-to-back, leaves me totally underwhelmed. The Katoom feels sterile by comparison. Only when you rev the hell out of it does it stamp its authority. Who wants to rev the tits off a twin anyway? For me, mid-range is king!

So, to flash or not to flash? From my gushing it is obvious. I love the “new“ bike. I could never go back to a stock ECU equipped Ten. Everything, even the fuel consumption, has improved. There is honestly no downside. I rev the bike less than before the flash because I don’t need to. I sometimes felt as if keeping the “old” bike on the boil was hard work. Now everything is effortless. Nuffsaid! I rest my case.