When my mate Grant Scott reviewed the mighty MAXSYM Scooter, he felt that it would make a decent tourer. Well maybe I thought, but let’s really put it’s touring credentials to the test. The shortish travel, firm suspension feels a bit choppy at lower speeds on bumpy back roads. As speeds rise, the compliance improves and the MAXSYM cruises in comfort. “Cruise” is not really the operative word. As Bikers know, every bike motor has a “sweet spot” – a speed where everything is in harmony. For the big MAXSYM that is around 140kph with the fuel injected single spinning at just over 5000 rpm. The seat is firm but all-day comfortable. The substantial lower back padding offers decent support. The passenger accommodation is equally inviting.

I thought about its range as a tourer, given that the fuel tank is only 14.2 litres. No worries – at 26 kpl, at a steady 130 kph, the MAXSYM will give you a range of over 350k’s.The MAXSYM, with its speed, handling, comfort, packing space under the seat and excellent weather protection makes a truly excellent tourer. 1000k days are really no big deal for this MAD MAXSYM! 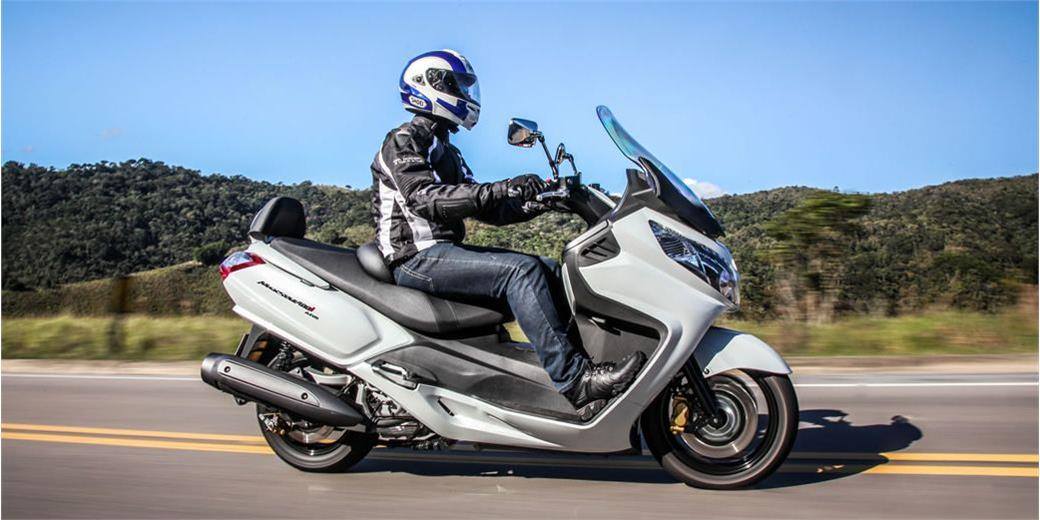 I rode the back road to Barberton through Machadodorp. Strafing the bumpy sweeping mountain roads, I was amazed by the absolute stability of the MAXSYM. It actually corners with real ability and pushing hard it simply rails through the bends with nary a wiggle or wobble. Having ridden it a bit, I had to conclude that this thing is not just a tourer; it’s a Sports Tourer!!

I never doubted the MAXSYM’s claim to commuting fame but I wanted the ultimate face-off – MAXSYM versus the Gautrain.

This is how it all went down:
Enter Ryan – Ryan is a commuter who lives in a Golf estate in Pretoria East and travels daily to work at Sandton in Johannesburg (nearly 70 km each way). Over the years, Ryan has ridden a Yamaha Thundercat, a mint Honda VFR 750 and a really trick Triumph Speed Triple. Currently bike-less, he satisfies his need for speed with a Ford Focus ST. 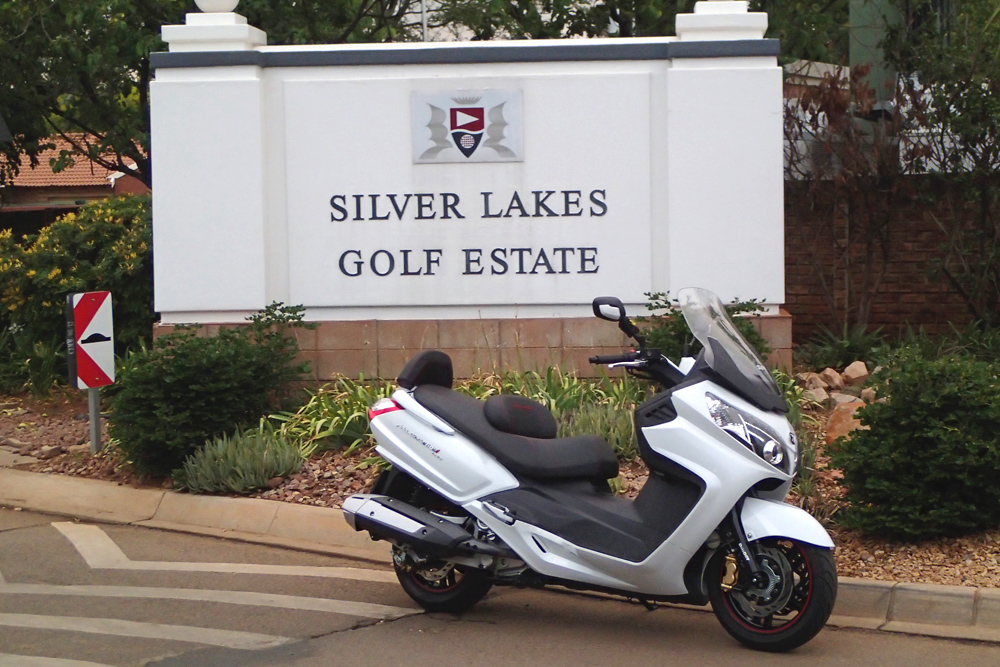 His typical commute works like this: he leaves his home at 6am and drives the ST to the Hatfield Gautrain station. Parks the car then hops on the train to Rosebank where he catches a company shuttle bus, which takes him directly to his office.

Cost, excluding wear and tear on the ST amounts to around R37 for fuel, R122 for the train and R19 for parking. A total of R178 per commuting day and remember, time too is money. On a flawless commute, not having to wait for a train or bus as sometimes happens, Ryan gets to his office in an hour and a quarter. Slower days take an hour and a half. The bar is set – over to me and the MAXSYM.

To be as fair as possible, I planned my commute on a Friday, knowing that the traffic is usually heaviest on Fridays. I left Ryan’s estate at 6am, on the dot, after zeroing the bikes tripmeter. 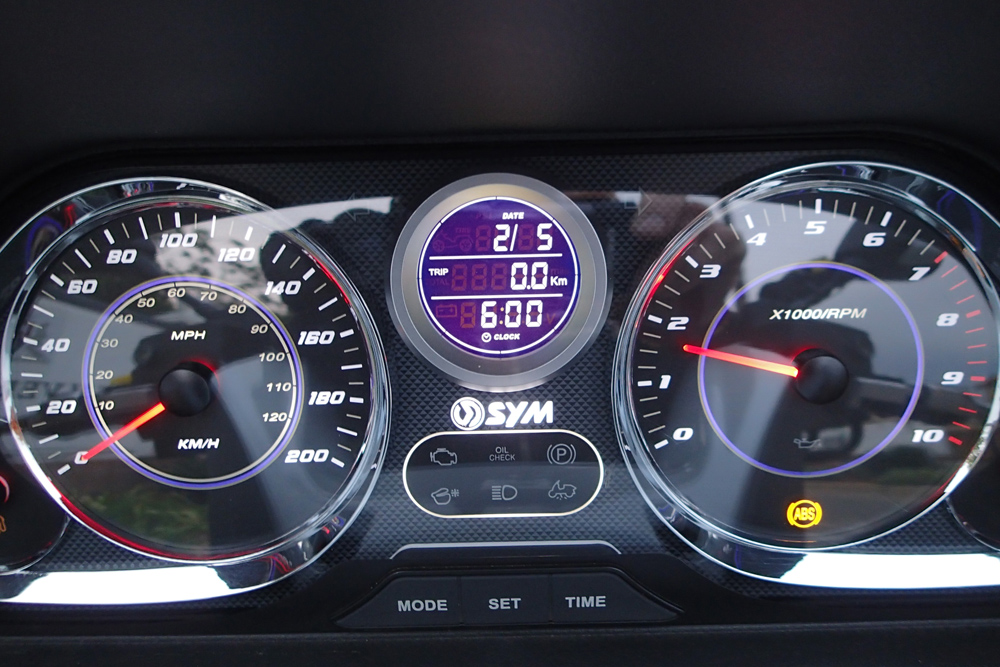 I rode at typical commuter pace, being particularly cautious when lane splitting. Climbing on the N1 at Lynwood Rd, I was able to cruise comfortably at 120kph in the fast lane until it merged with the Ben Schoeman freeway after Centurion. From this point my average speed dropped into the 60-80 kph range, due to the heavy traffic volumes. One thing I noticed is that with its bright headlight and brilliant white paintwork, the MAXSYM has quite a presence on the road. Invariably, cars create space for you as they see you coming. A few seasoned, hardcore, motorcycle commuters passed me (invariably BMW GS mounted). They scythe through the traffic at speeds that defy belief. Smooth and devilishly fast, you never even see a flash from their brake lights – skills honed, no doubt, by hours upon hours of negotiating traffic. If I were to emulate these top guns, I would not have the life expectancy of a WWII bomber tail gunner.

My journey from Ryan’s place to his office is 68.9 k’s and took a mere 54 mins. The MAXSYM didn’t just beat the Gautrain it paralysed it! The cost – 5.3 litres there and back (R66.14). Toll fees, although insignificant on a bike, add another R15 per day, giving a total daily outlay of about R80. The saving would literally buy a MAXSYM, based on a 60 months installment sale with no deposit. C’mon Ryan, time for another bike! 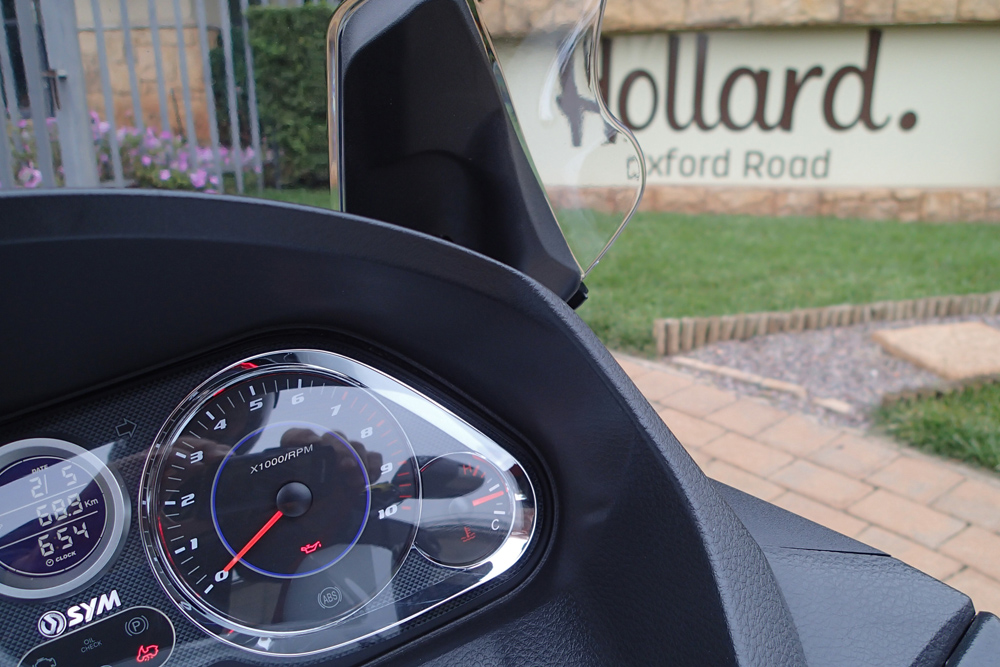 So here’s my final conclusion – Isn’t it time that cash strapped South African commuters wised up. Given our generally good roads, fantastic weather and the versatility of the modern maxi scooters, we should park the 4 wheeled shopping baskets and rather “scoot” to work. Try it – it will change your life. The independence that comes with having your own traffic friendly transport on hand all day is massive, immensely practical and fun too.
“GET WISE – SCOOTERIZE”!

Oh yeah… I even had enough time to fit in a quick brekkie before Ryan arrived! 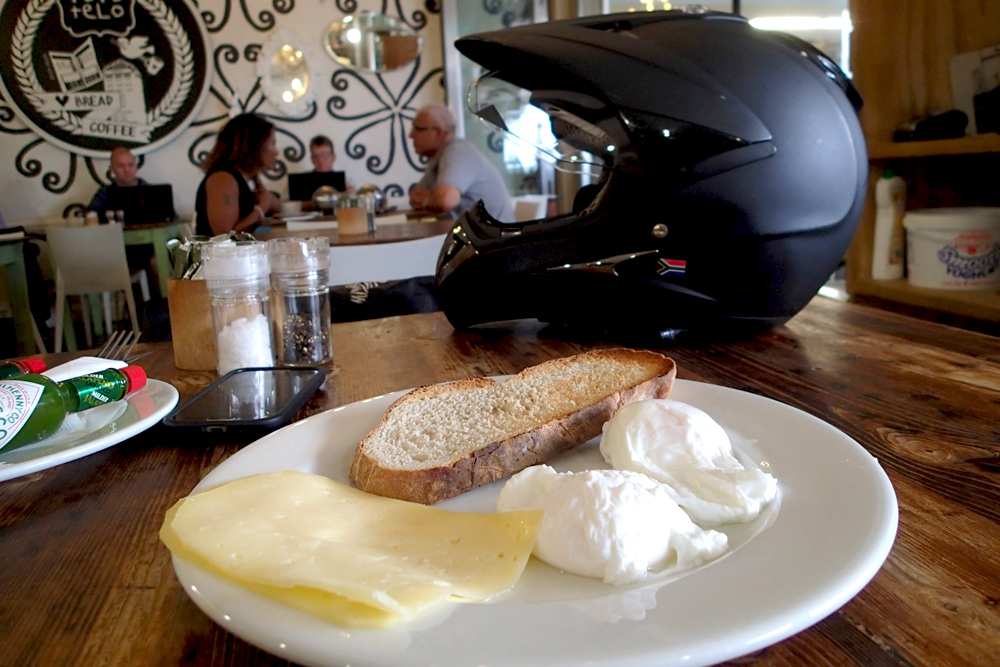 For more information on the MAXSYM 600i ABS… Click Here! 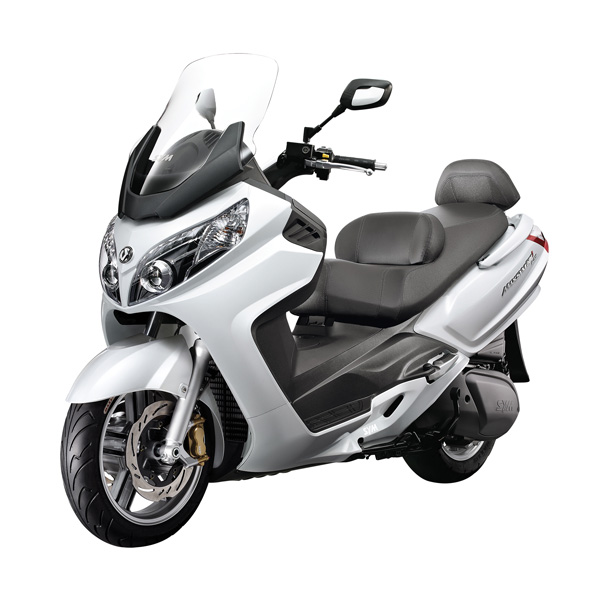