I think it is fair to say that the Taiwanese manufacturer is better known for its range of quality scooters than for its motorcycles. I was therefore intrigued to see how the 250 Wolf would shape up. Whilst new to the South African market, the Wolf has been sold internationally for 4 odd years. 250cc motorcycles generally don’t cut it for commuting duties in South Africa. They are ideal for commercial application, but are somewhat lacking when highway travel is required. The largest commute in S.A. is between Jozi and Pretoria. Hundreds of thousands of people move daily between these two cities, creating traffic chaos which up to ten years ago was relatively rare. A similar scene unfolds in Cape Town with commuters travelling into the city from all directions. Adding to that challenge is “that mountain”! Durban has a similar issue with freeway gridlock most mornings and evenings. So, what is the solution? 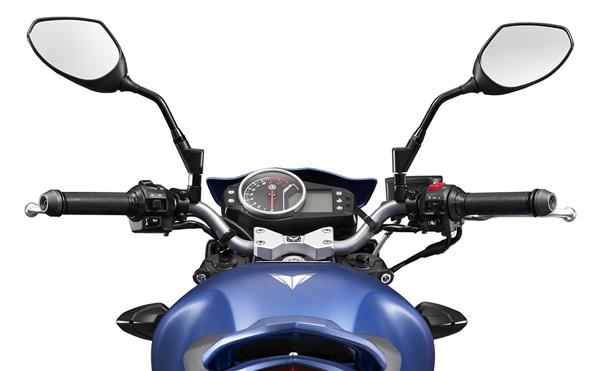 A motorcycle, that’s what! It is legal to filter through traffic is S.A. If you own a motorcycle with tidy dimensions (not an adventure mother ship with panniers and top box) commuting becomes really easy. Problem is 250cc bikes are generally to slow for safely maintaining highway speeds. To stay safe in highway traffic you must be able to outperform the cars around you. You can ride in a pro-active rather than reactive way. How does the Sym Wolf cope with freeway traffic? Let me tell you. The Wolf goes through traffic faster and more efficiently than Zuma through taxpayer’s money!

I commute on a Honda CRF 250L. To help the Little Honda compete on the freeway I fitted a full FMF exhaust and K + N air filter. These mods up the power by an incredible 20%. The Sym, stock standard, will absolutely blow the radiator right off my Honda. It is quite bulky for a 250 at 113kg, yet with 26 horsepower at 7,500 rpm and 23.1 nm of torque @ 6,000 rpm it is a little flier. At redline (9,000 rpm), it indicates 120kph in forth, 135kph in fifth and with my 84kg frame tucked in behind the tiny fly screen, 160kph in top gear. Fantastic performance for a water cooled, fuel injected four stroke single. 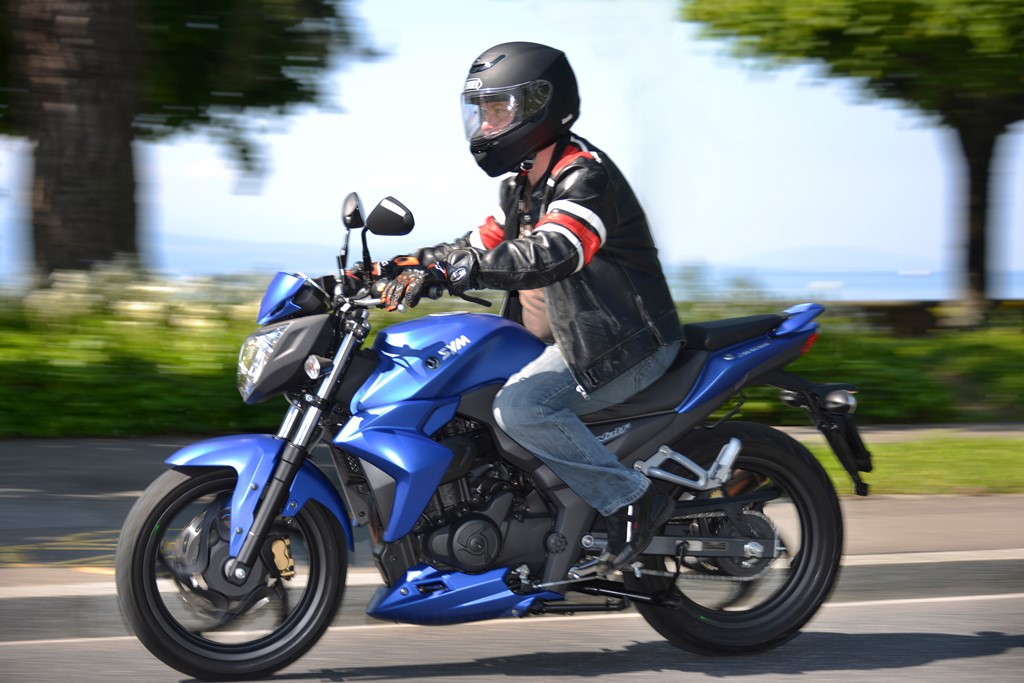 The motor has a characterful thrum. At all speeds under 7,500 rpm it is really smooth. Only the last 1,500 rpm induces anything resembling vibration. At 120kph in top it is revving at about 6,600 rpm and dynamo smooth. It will run comfortably for days on end at this speed. I would love to tackle some tiddler touring on the little Sym. The bike exudes a robust, big bike feel and is stable and confidence inspiring at all speeds. Suspension is non- adjustable for damping, with only rear preload adjustment. The factory has dialled in the settings superbly. The ride is firm and controlled with no loss of composure even when taking on bumpy roads at speed. A 288mm front disc, chomped on by a four pot calliper assisted by a 222mm single piston rear, stops the Wolf quickly and without fuss, providing plenty of feel.

What really amazed me was the broad spread of power from the 250cc mill. There is no need to thrash it through the gears. 6,000 rpm through the gears will see you outpacing general traffic with ease, and once in 6th you seldom need to drop a gear. It was actually a challenge to rein the little beast in to cruise at 120kph. It loves to cling to 7,000 rpm and just shy of 130kph. Topping up the tank showed, despite my enthusiastic use of the throttle, fuel consumption of 34kpl. The 14L tank will take you damn near 500k’s! I am sure that town use will see close to 40k’s per litre. It has been my experience that small motors really come alive in terms of economy and performance after a couple of thousand kilometres. The test unit had only 500k’s on the clock. I would love to repeat this test after 3,000 odd kays. I think we would be even more astounded! 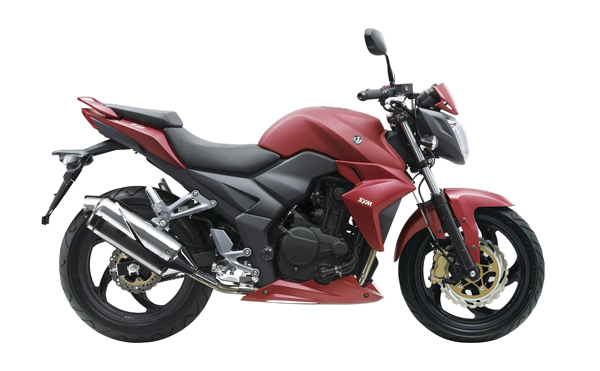 It is pretty damn obvious that I like this bike. Are there any downs you might ask? Resplendent in either matt blue or red the Wolf is a looker. Tank and radiator cowl are reminiscent of a Honda CB1000R. The exhaust tailpipe is so so. (Perhaps only given one lash with the ugly stick). A 140/70-17 rear tyre and 110/70-17 front give the Wolf a purposeful stance, mounted on attractive tubeless mags. The instrument panel is dominated by a large analogue rev counter with digital speedo, fuel gauge and trip meters. General fit and finish are up to Syms’ normal decent standards.

The Sym Wolf SB250Ni is a fine motorcycle, and the first really viable 250 commuter. It is fast enough, comfortable, and a hoot to ride. It accelerates with genuine torquey thrust with respectable top end hit. It would make an excellent commercial unit and is a very viable commuter guaranteed to slash your commuting time and costs. The price of R 58,999 is a little steep but we have Zuma and an ailing rand to thank for that. Factor in the savings after a couple of years commuting and it starts to look like a bargain. Then of course there is the fun factor. How do you put a price on that?