When Yamaha debuted the MT-09 in 2013, it was clear very quickly that they had hit upon a winning formula. It looked great, was small and compact but punched way above its weight; it had a brilliant engine, went like stink and cost peanuts to buy.

It was a naked super-moto styled rocket that could make the daily commute so exciting while being able to mix it with the big boys on the weekend runs or track days. It was very nearly perfect.

Fast forward to 2017 and the next generation MT-09 is with us and, if anything, it is even more perfect. How can that be? 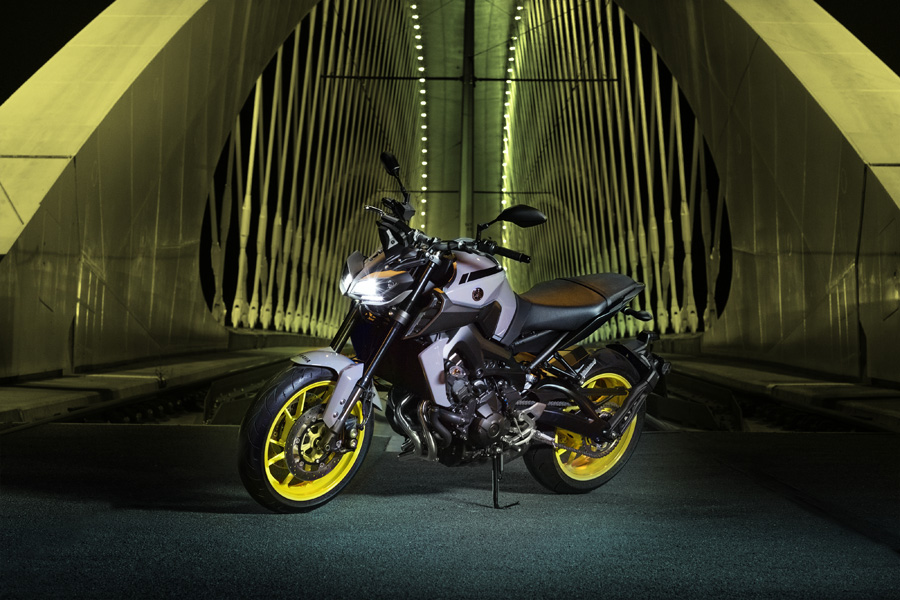 The heart of any bike is naturally the engine and the MT-09 was no different. In fact, it was a large part of what made the bike so special in the first place. The triple-cylinder 850cc motor pushed out 113bhp of utter brilliance; it was punchy, rorty, smooth and chock full of character.

There must have been great temptation among some Yamaha engineers to mess around with it but thankfully, they left it well alone and, for that, we have to be eternally grateful; it needed no interference. The power and torque are right on the money and it has that brilliant triple-cylinder sound track that is so addictive. It will pull smoothly from 30 km/h in top and howl its way round to the red line, somewhere north of 11,000rpm. 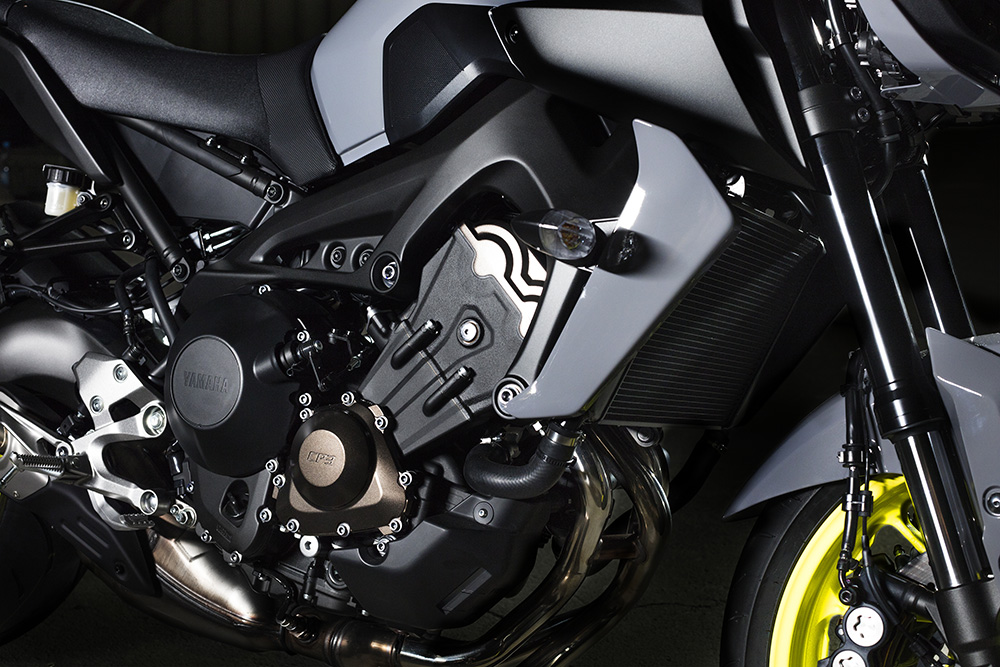 So, if the engine has stayed the same, what makes this version significant enough to be called the next generation?

Well, in case you might have missed it, there is the styling. What we now have here, in essence, is a baby MT-10, with all the aggressiveness that implies. Yes, the original was a good looking bike but it looked almost too polite for its devilish character. Now, however, it looks the business, with the two symmetrical lights housing four LED lights; aggressive and effective at the same time. 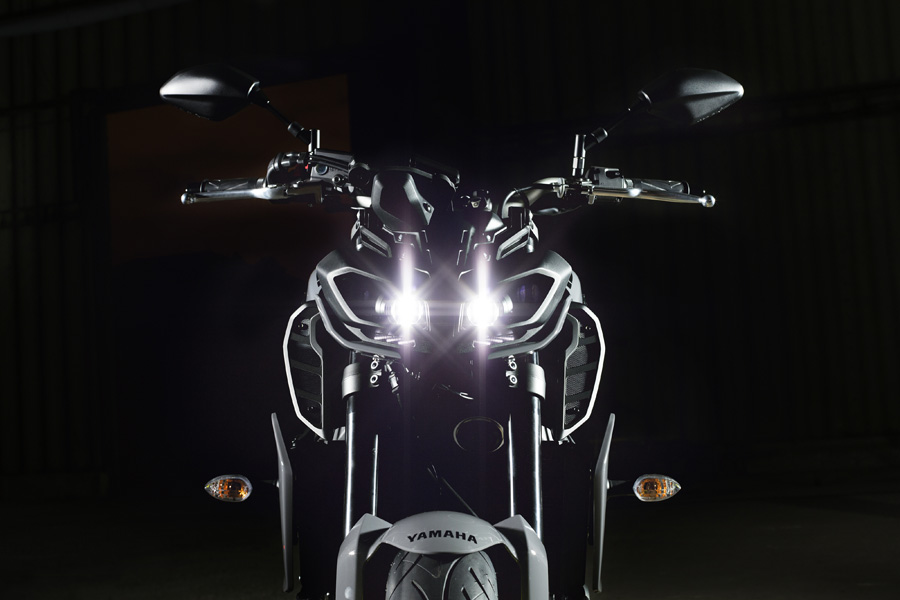 There are larger air intakes, aerodynamic fins under the headlights and shrouding the radiator, and further tweaks here and there to create a completely new look for the bike. It is also no coincidence that you can order the bike in the MT-10-inspired primer grey and yellow colour scheme.

At the rear, the tail is shorter and stumpier and the rear light and number plate are now on a swing-arm-mounted bracket that looks far more aggressive than before. The stance of the bike remains the same but it has a new edge of aggressiveness. 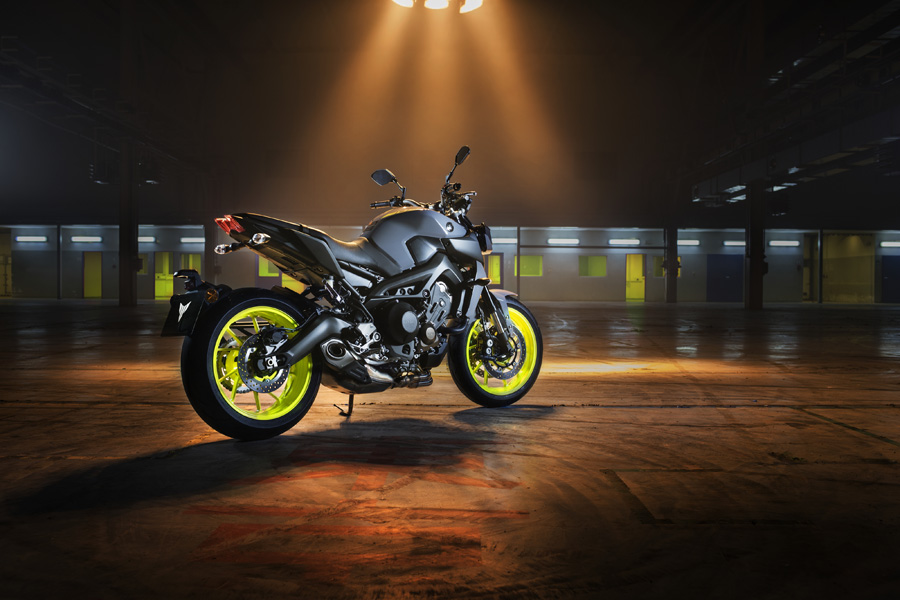 So much for the visuals; what has happened under the skin? Well, we’ve already ascertained that the engine has remained untouched but there are detail changes that all add up to make a difference. The gearbox gets an assist and slipper clutch that lightens lever load by 20% and helps prevent rear wheel lock-up when braking hard into corners.

Talking of the gearbox, there is now a quick shifter fitted for changes up through the box, although you will have to use the clutch for changing down through the box; this is something I don’t mind because any fool can change up but a smooth, blipped down change makes you feel as if you are contributing to the performance of the bike and not relying on the electronics to do all the work; it helps you feel more involved. 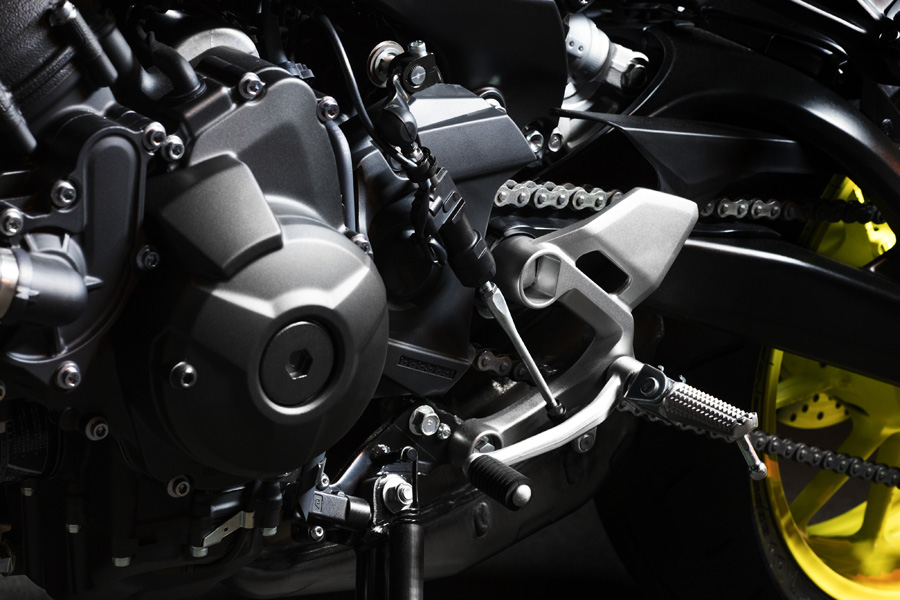 The electronics don’t stop there. On the left handlebar, there is a switch for the traction control – two levels – and, if you don’t turn it off completely, it will stay in the setting of your choice after you turn off the ignition, as will the rider modes, changed by a switch on the right handlebar. This gives three modes offering progressively more aggressive throttle response. 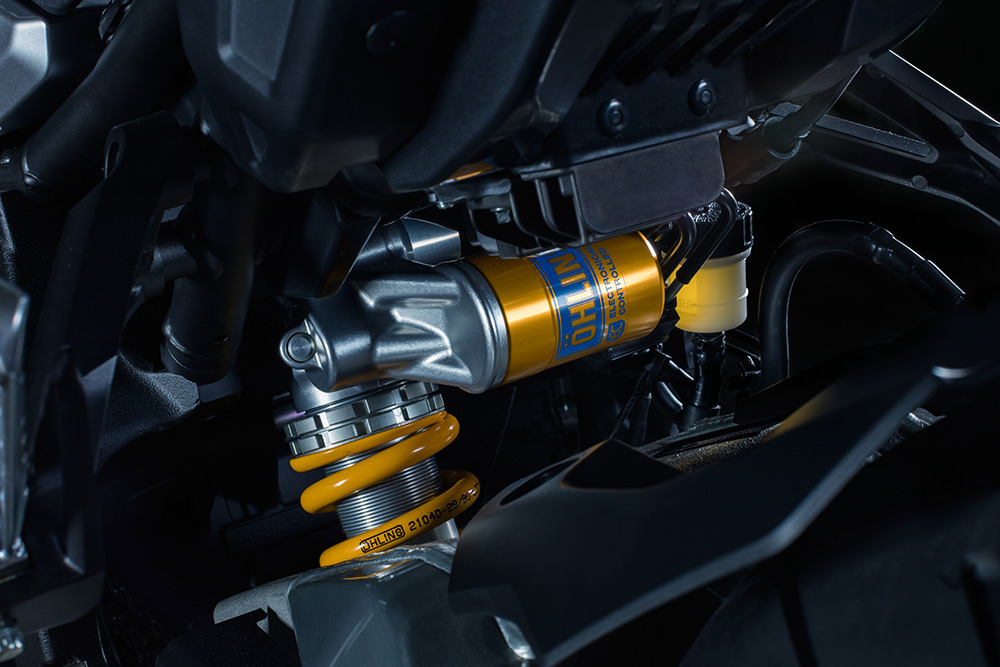 The seat has been revised; it’s now flatter and slightly lower and not angled forward so much as before, making it more comfortable for longer journeys. The footpegs sit right under your bum so your knees are thrust into the tank, making for a very stable feel to the riding position which is also really sporty feeling.

Ergonomics are as good as they always were and the instrument cluster has been moved slightly nearer the rider, with no loss in visibility, although the rev counter band at the top of the digital display is almost unreadable when on the move, so small are the numbers. But this is a minor niggle. 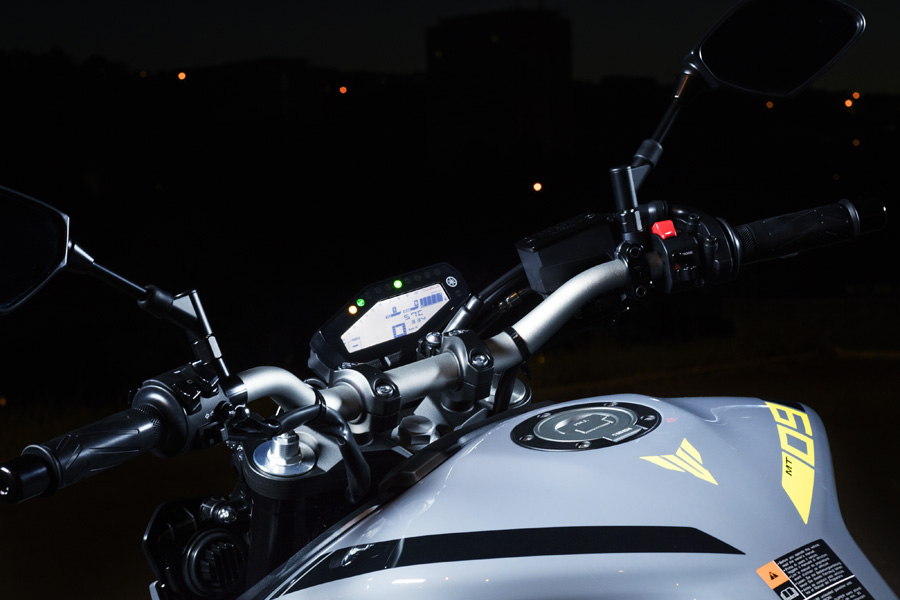 All these are small changes but ones that help make an already good bike even better while still staying as cheap as chips. The original MT-09 came in at R109,000 which was a bargain. Four years later and the price has increased but not by as much as you would think. Today, R137,000 gets you the MT-09 and that has to be the bargain of the decade.

This is such an easy bike to like; it has character and personality, something that you don’t always get with Japanese bikes. It is unassuming in some ways but encourages you to be an absolute hooligan in others. A sporty, commuting, shopping, track day, Sunday blast type of bike. In other words, a perfect all-rounder.

The opposition have to be looking at this bike and wondering what they have to do to compete. It is that good. 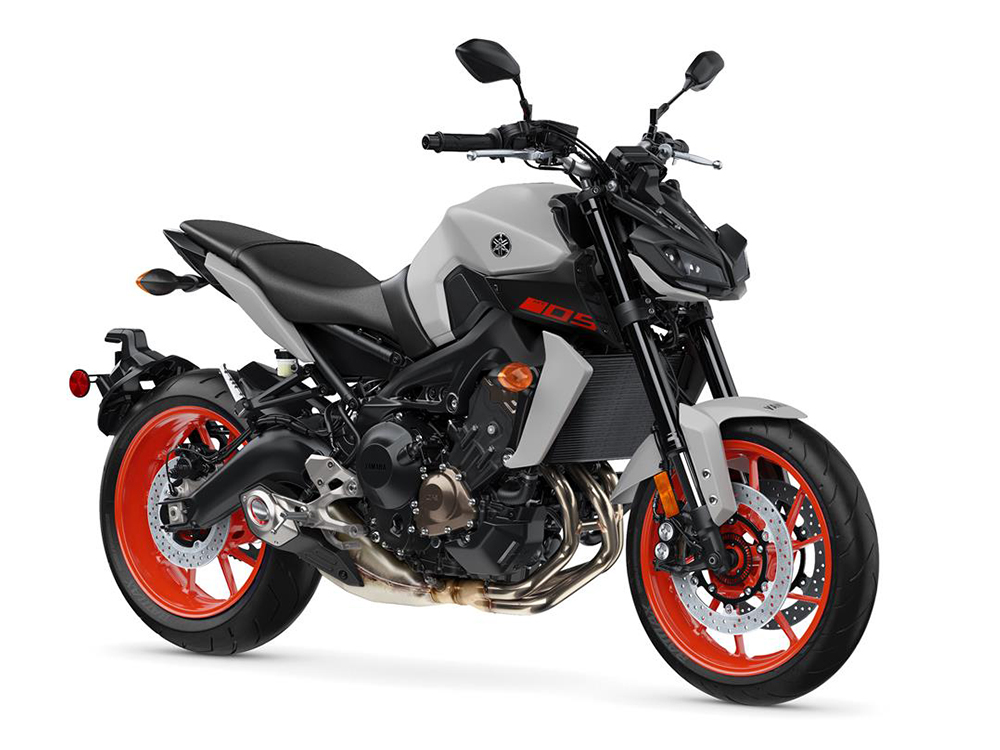