The Zed is back – long live the Zed. Way back in the 1970’s, Kawasaki re-wrote the original superbike rules with their legendary 903cc, 4 cylinder Z1. Back then, ‘Z’ bikes became synonymous with aggressive sports styling and strong motors. They elicited a brand loyalty bordering on the fanatical. The original, wailing ‘Green Meanie’ three cylinder two strokes were eventually replaced by the ‘Z’ range of fourstrokes. Around this time, I remember Dudley Cramond, riding the four cylinder Z650 and regularly spanking the 750 Honda’s on racetracks all over the country. A combination of agility, lightweight and strong performance resulted in excellent road and track performance. 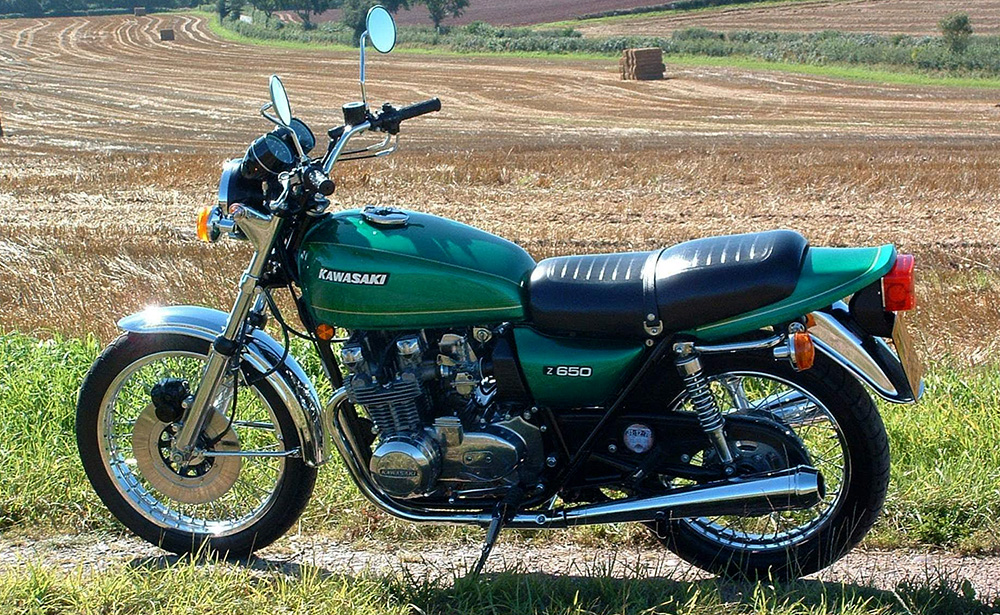 Kawasaki has relied on a similar recipe with their newly launched Z650. Visually, this new ‘Z’ is an absolute knock-out. The minimalistic bodywork is finished in a flat pearly white, which accentuates the black and titanium coloured motor and black mag wheels. The styling ‘coupe de grace’ is delivered by the metallic green trellis frame, which uses the engine as a stressed member. Like the Versys and ER models, the exhaust of this ‘Z’, is tucked neatly under the motor. What you see is a tidy short pipe jutting out just in front of the rear wheel. Look closer and you will see a massive silencer hidden under the bike and I would not be surprised if the aftermarket pipe boys will wring their hands in glee at the prospect of lopping off a lot of weight and liberating some volume with a replacement slip-on. The bike looks fantastic from all angles – there is no doubt this Kawasaki is a stunner. 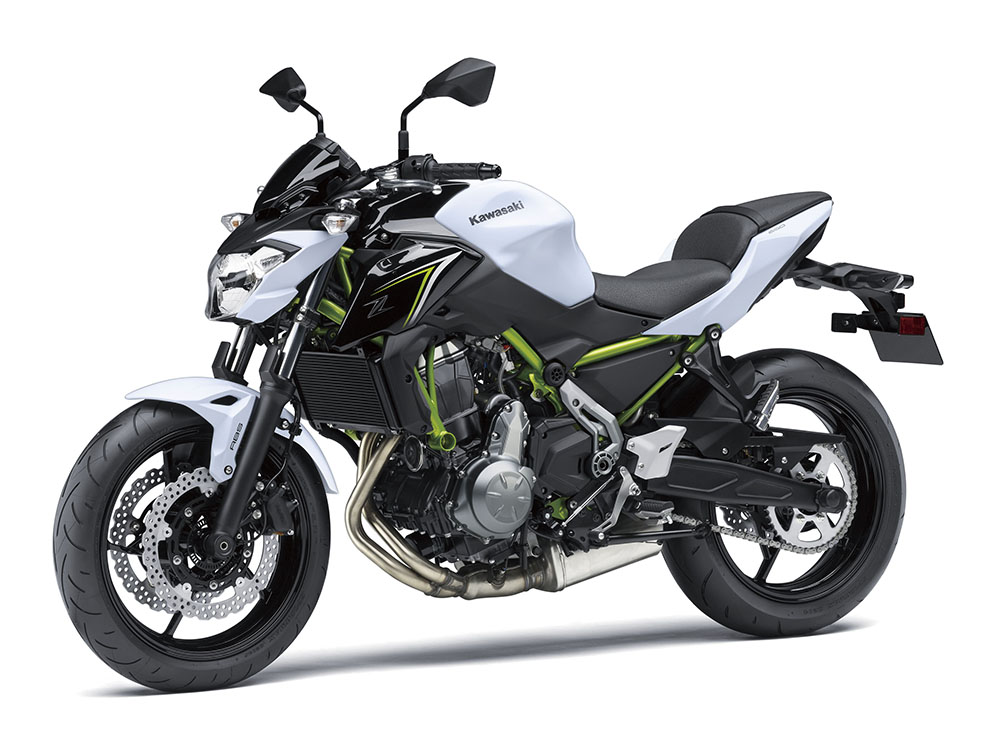 One change to the original ‘Z’ recipe is the use of a parallel twin, 8 valve engine rather than a four. The motor in fact, is similar to the proven, reliable unit from the ER6-n but the new ‘Z’ bike is a whopping 18kg lighter than its’ stablemate. With a similar power output but superior power to weight ratio, the Z650 is noticeably punchier.

The new trellis frame transmits significantly more vibration to the tank and seat. At cruising speed it is subdued but when accelerating hard through the gears, a low frequency buzz is felt in the nether regions. 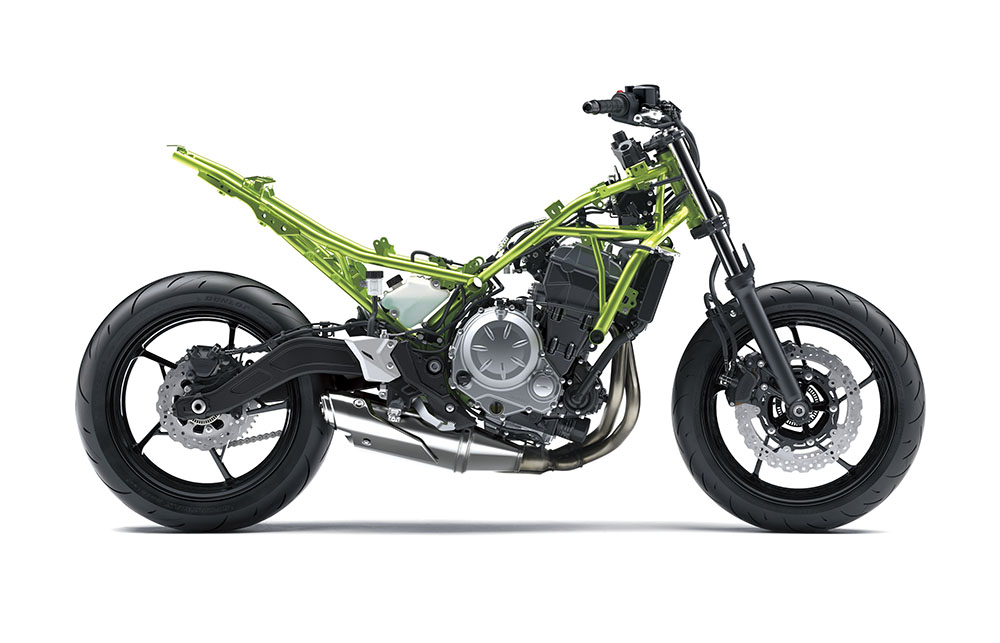 I rode the bike in pouring rain and was impressed by the general composure and demeanor of the bike. A decent chassis, good riding position, fluent power delivery and good predictable ABS brakes, combine to inspire confidence despite the treacherous weather conditions I encountered. 160/60×17 rear and 120/70×17 front tyres, give a decent footprint through which to lay down 50.2 kW of power (@8000 rpm) and 65.8 Nm of torque (@6500 rpm). A positive

6-speed gearbox, allied to good fuel injection, make town riding a pleasure. The handlebars have a slight rise and are not too wide and allow the Zed to slip through traffic effortlessly.

The non-adjustable ‘right-way-up’ forks do an excellent job of combining comfort with good front-end feel. The rear shock absorber does an adequate job of balancing control and comfort. However, experienced and really discerning riders, may feel a need for an aftermarket shock with damping adjustment. The mainstream rider, for whom the bike is intended, will feel it is fine just the way it is. 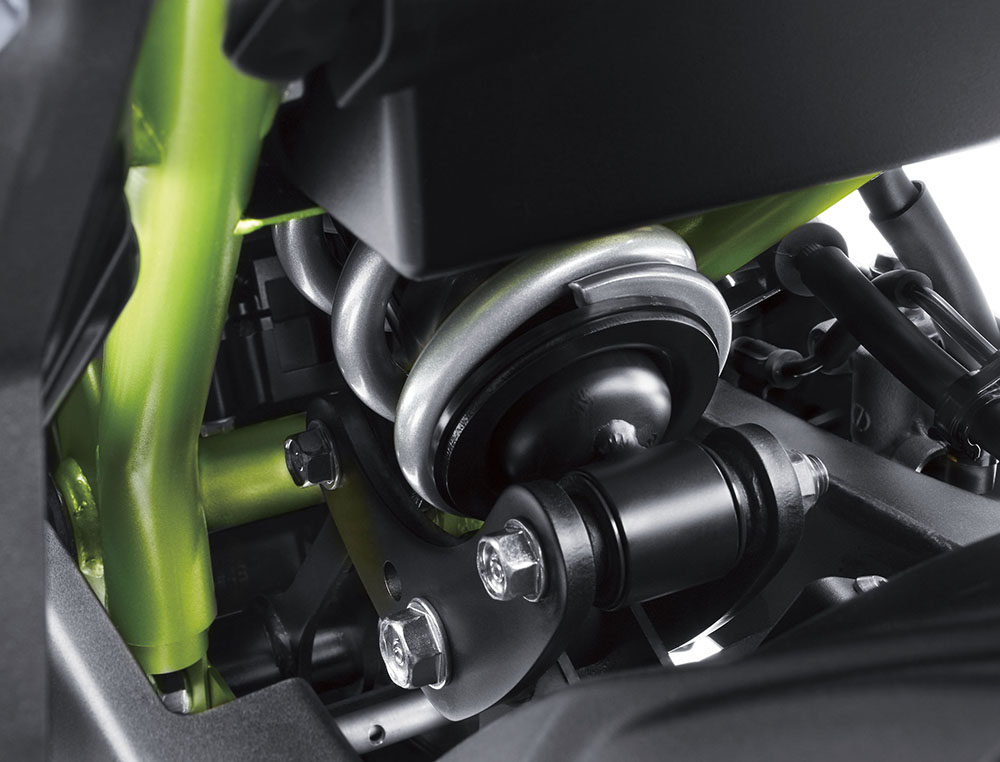 The tidy instrument nacelle houses a digital speedo, rev counter, gear indictor as well as a temperature and fuel gauge. Press a dash-mounted button and you can check current and average consumption, as well as a ‘range-to-empty’ trip meter and odometer. 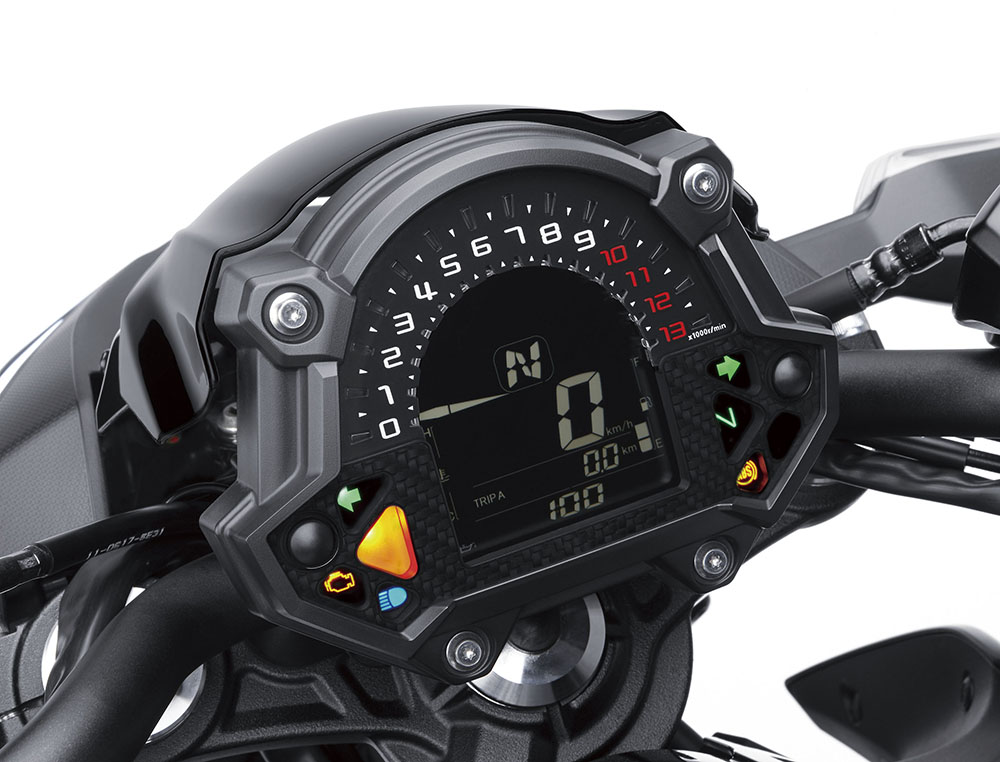 All-in-all, the little Zed is a competent, fun package. It has an entertaining rorty nature, it’s torquey yet with a revvy top end hit. Expect fuel consumption at around 22 km/l on average for your general ‘town and around’ riding. This gives a range of over 300 km’s on the 15l tank.

Commute in the week saving frustration, time and fuel; head out into the country at the weekend for the fresh air and wide open spaces; do a bit of trackday scratching if you will or just cruise the coffee shops with your significant ‘other’. However you choose to use it, the Zed won’t disappoint.