When Kawasaki launched the Z800 back in 2013, it didn’t exactly set the world alight. Absolutely nothing wrong with it whatsoever, you understand. In fact, it was a lovely bike with a lot of character and a really forgiving chassis that made it a doddle to ride well.

I remember taking it to Red Star Raceway in company with an MV Agusta Brutale 800 and, while the MV felt nervous, twitchy and difficult to a track-riding novice, on the Kawasaki I felt immediately at home and much more confident.

Maybe the problem with the Z800 was that, despite its angular, insectoid looks, it was a little underwhelming. First of all, it was a naked bike, and they never do particularly well in South Africa but the main problem was bikes such as the MV; much more dramatic and exotic and, perhaps, more desirable, but only if you had the skill to get the best out of it. 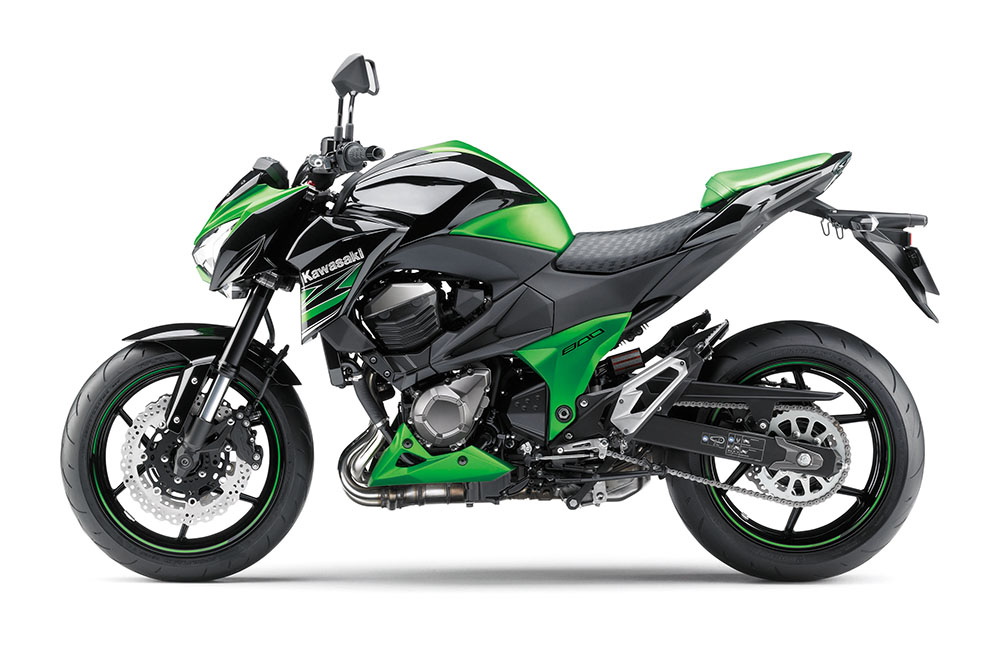 So, Kawasaki have gone back to the drawing board and come up with a genius of an idea. Retro is IN at the moment. But whereas most manufacturers have gone for full-blown recreations of older bikes Kawasaki have done it a bit differently. They have taken one of their most iconic bikes and thrown the whole thing in the bin apart from the name. And, when a bike has a name like Z900, why do you need the rest of it?

So, here we have the new Kawasaki Z900. Already it sounds more interesting, with a tangible link to the past that gives it an air of glamour, even if it is seems, at first glance to be simply a larger-engined Z800. 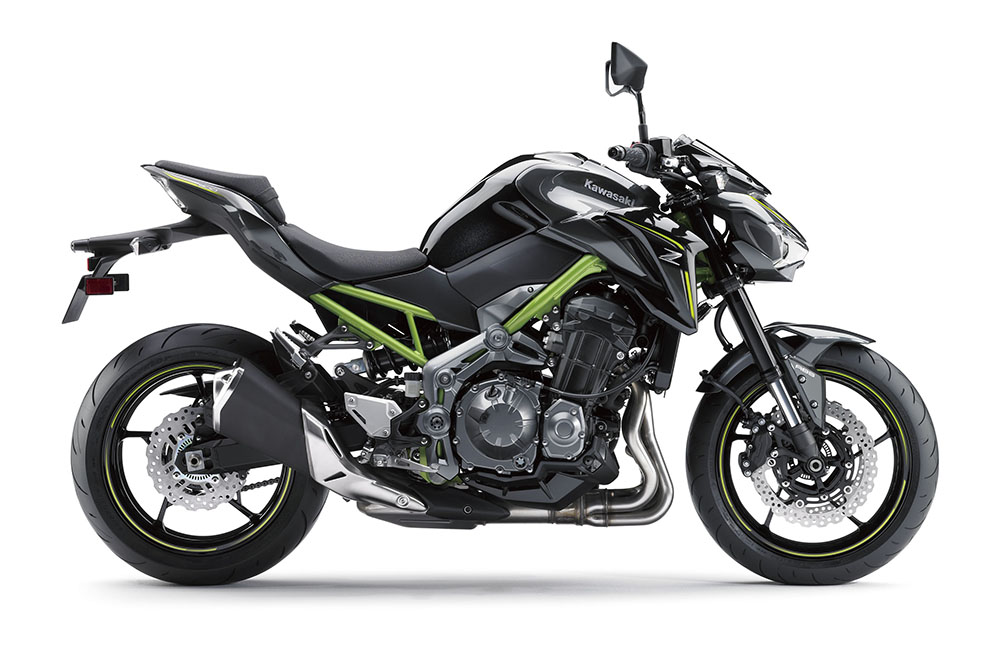 However, delve into the specs and this is a completely different motorcycle.

Most obvious is the adoption of a steel trellis frame, reminiscent of the mighty H2, especially when painted in Kawasaki green. Then there is the engine which is actually a smaller version of the engine as found in the Z1000 and not simply an enlarged Z800 unit, which in turn was a development of the older 750cc unit. It produces a healthy 126bhp, 12 more than the Z800 and with 13Nm more torque and weighs about 25kgs less than the Z800 and 10kgs less than the Z1000. 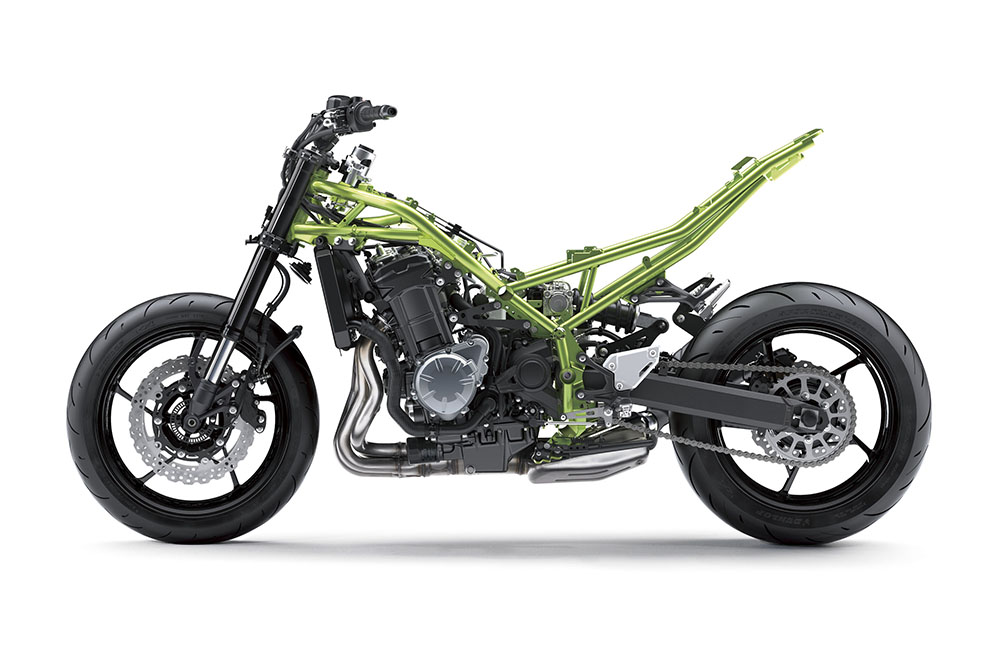 Elsewhere mechanically, there is a slipper/assist clutch which allows for an extremely light action at the clutch lever and the lack of ride-by-wire means that there are no traction control or rider modes for the engine mapping. Suspension features rebound damping and preload adjustment at the front inverted forks, and a single horizontal shock with preload and rebound damping adjustments. 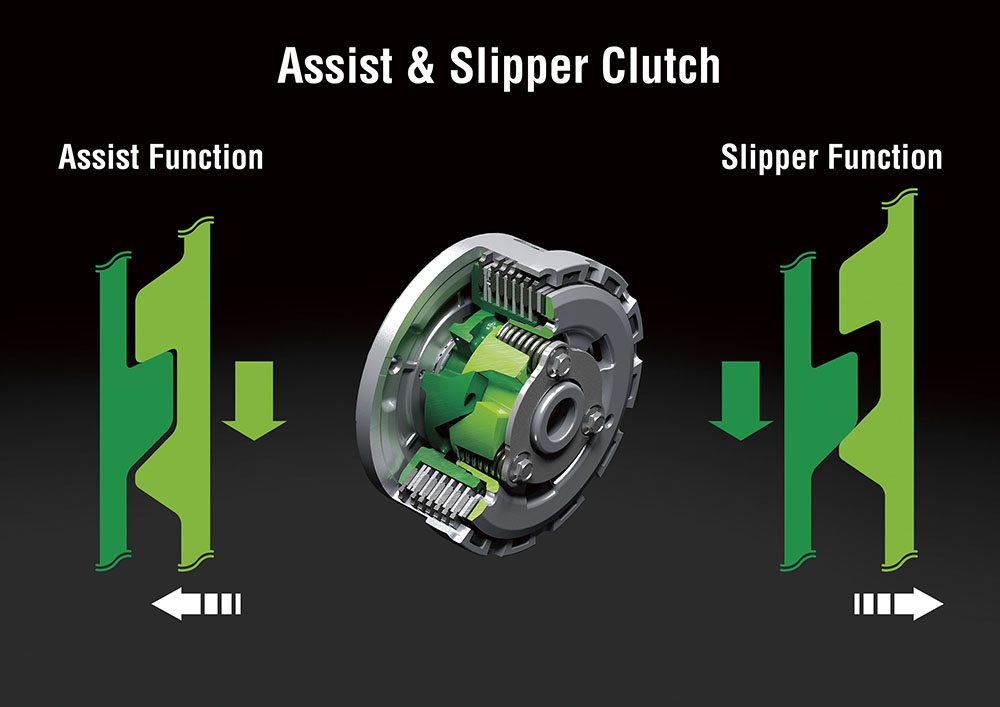 Styling of the bike follows previous Z model thinking and you either love it or hate it. Personally, I really like it; it has grown on me over the past couple of years, although I’m still not wholly convinced about the headlight styling. From the side, the seat seems very low, an impression fostered by the very tall tank shape and, in reality, the seat is very low, while the foot pegs bring the ankles up under the bum for a sporty feel. The handlebars are flat and quite low and overall the riding position gives you a comfortable, slightly attacking stance which helps with resisting high speed headwinds.

The least successful part of the re-vamp is the instrument panel. For me, the desire to be different and funky has led Kawasaki down a blind alley here, not helped by the semicircular rev counter at the top of the panel blinking distractingly in intermediate gears when the bike thinks you should be changing up for maximum efficiency. I don’t need to be told how I should be riding and there is no option to turn it off. However, if that is the only criticism, then Kawasaki have done a very good job. 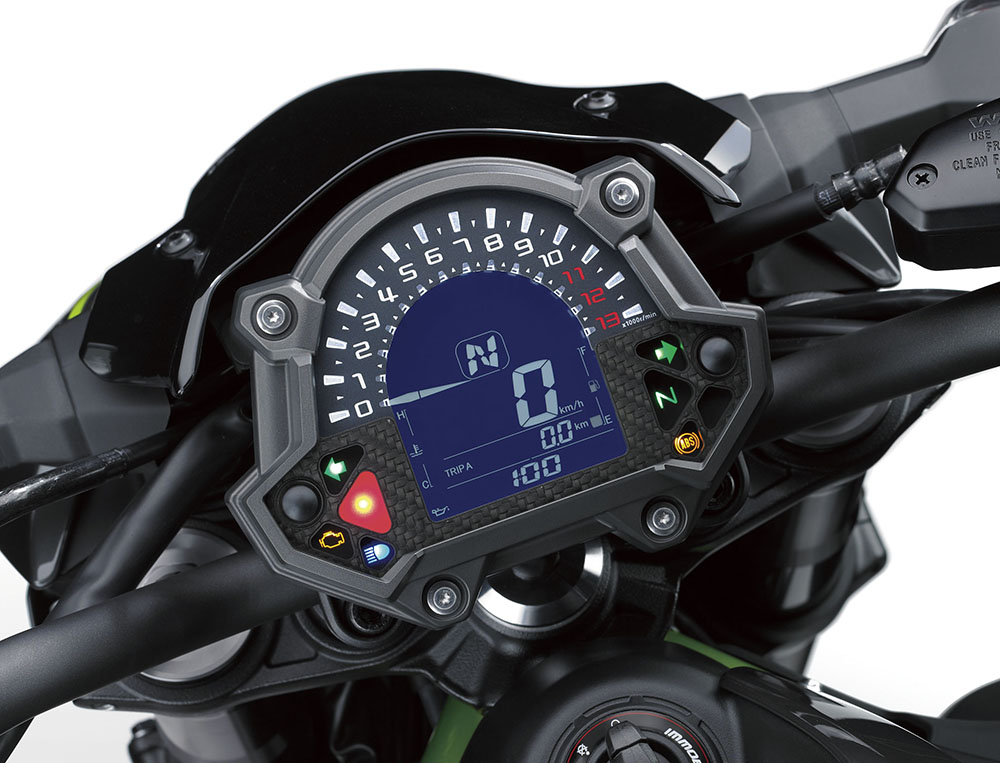 So, it looks good. But does it ride well?

After riding the Yamaha MT-09 immediately before the Z900, it was interesting how here were two bikes that used completely different approaches to reach the same conclusion; a sporty, competent all-rounder that can make the daily commute so much fun while being able to hold its head high at a track day or Sunday blast along empty country roads.

The two bikes have such different characters. Where the MT-09 is gruff and full of grunt, the Z900 is turbine smooth, with a screaming top note. The chassis inspires confidence, helped by the feeling that you are really sitting ‘in’ the bike and not on it. Steering is sharp and quick, suspension is flawless and the brakes progressive and powerful. The clutch is super light and the gearbox is one of the best I’ve ever tested, the lever snicking between gears with an absolute minimum of movement; a real joy! 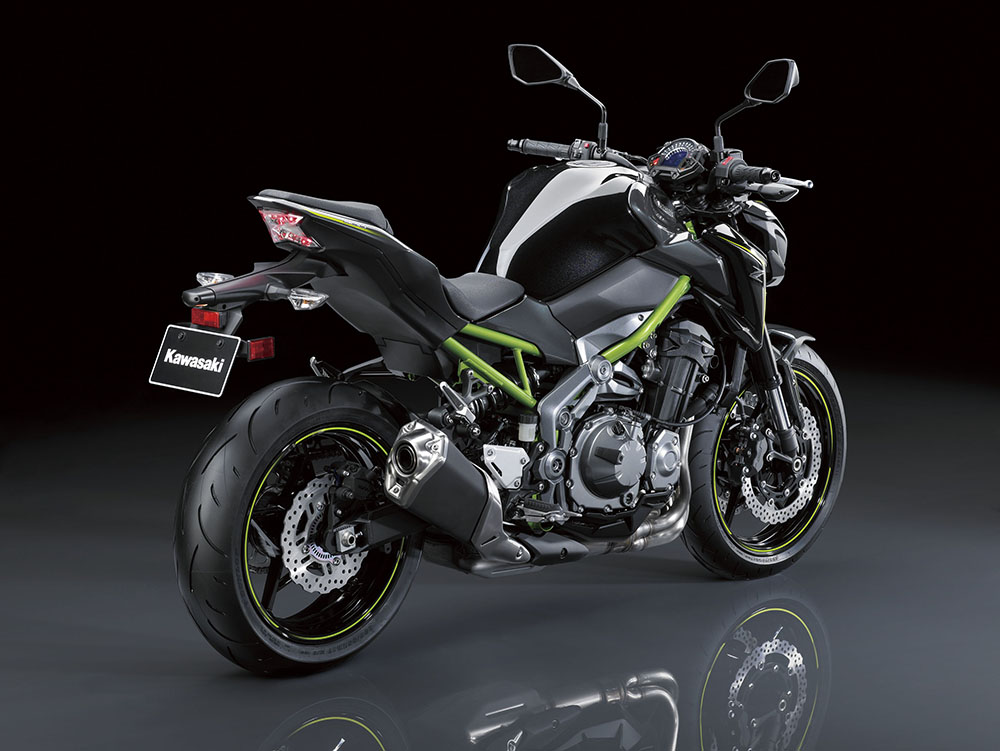 It was one of those bikes that kept me looking for any excuse to swing my leg over it and ride, whether it was to ride 500m to the shops or 50km just for the hell of it.

South African customers will bemoan the lack of any wind protection but, really, if you are looking at spending three or four months of the year touring the country or routinely doing journeys of over 3-400kms, then you are looking at the wrong bike. If you are, however, looking for a great all-rounder that can be as much fun in town as on the open road or track, then the choice has now become even harder.