This little blog came about because I was recently invited to attend the Alfie Cox Invitational Enduro event, which was to be held in Umzumbe on the South Coast (KZN).

My wife and I decided that if we were going to travel all that way from Pretoria to Umzumbe and back, then why not make it a pleasant scenic trip on a suitable ‘Tourer’ and preferably one I had not ridden before.

So, which bike? It needed to be a comfortable two up, with decent packing space and a ‘head turner’. Right, I contacted our friends at Indian Motorcycles and asked them if they could help me out with this to which they generously suggested I try out one of their excellent ‘Indian Chief Vintage’ machines – not the style of bike that I usually go for, but I have always wanted a try that genre of bike. 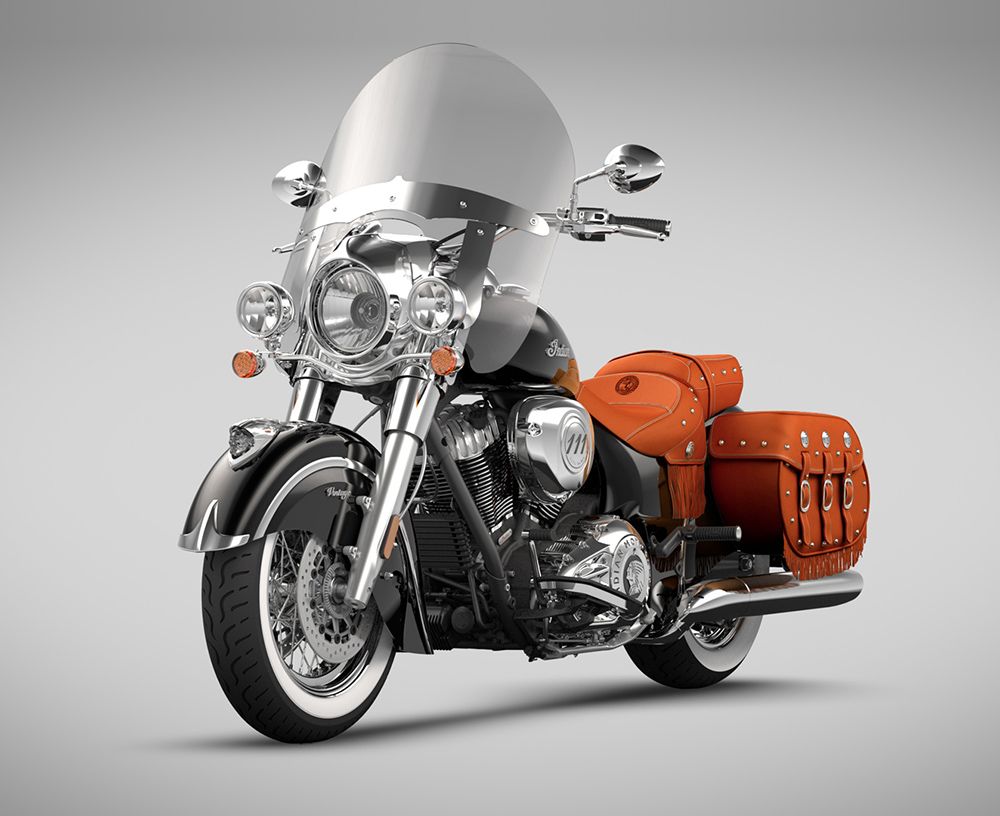 The excitement of any trip always starts with the preparation. I needed to pack my camera/video equipment, which these days, isn’t as big as you might think, plus all of our luggage (bearing in mind that my wife was travelling with me). I quickly realised that the panniers on the bike wouldn’t give me enough space, so, a quick advice call to my friend and experience adventure traveller, Dave Cilliers, was definitely needed. He hooked me up with a nifty waterproof ATG bag, which easily mounted on-top of one of the panniers. He also, rather surprisingly as it was about 28 degrees hot at the time, advised that we pack extra thermals and windbreakers, as it might just get cold in the Drakensberg region at this time of year. I thought he was crazy but non-the less, I took his advice and packed the lot. Packed and ready to go, we headed off to our first planned overnight, which was Bergville (KZN). Leaving Pretoria the weather was pleasant, but quickly changed. As we rode down through the Freestate towards Harrismith, the conditions got very, very windy but the Vintage felt very planted in these conditions and I was more than greatful for the huge screen, as this provided much protection in the gusty winds. On the open road, the 1,811cc air-cooled V-twin, cruised so smoothly and effortlessly! Overtaking slow moving trucks was made easy as this huge motor puts out 161 Nm of torque at a mere 3,000 rpm – the Vintage has such a wonderful, grunty and powerful engine that never ceased to surprise me throughout the trip.

We turned off at Harrismith and headed out on the R74 passing by the Sterkfontein Dam. This part of the country is stunning so, we stopped to take lots of pics before carrying on down through the twisty mountain road to Bergville. That night we stayed at a B&B called ‘The Drakensburg Terrace’, which turned out to be a really lovely place. If you every find your-self in this part of the world then you must stay there – it really was a home away from home and they make a great breakfast. 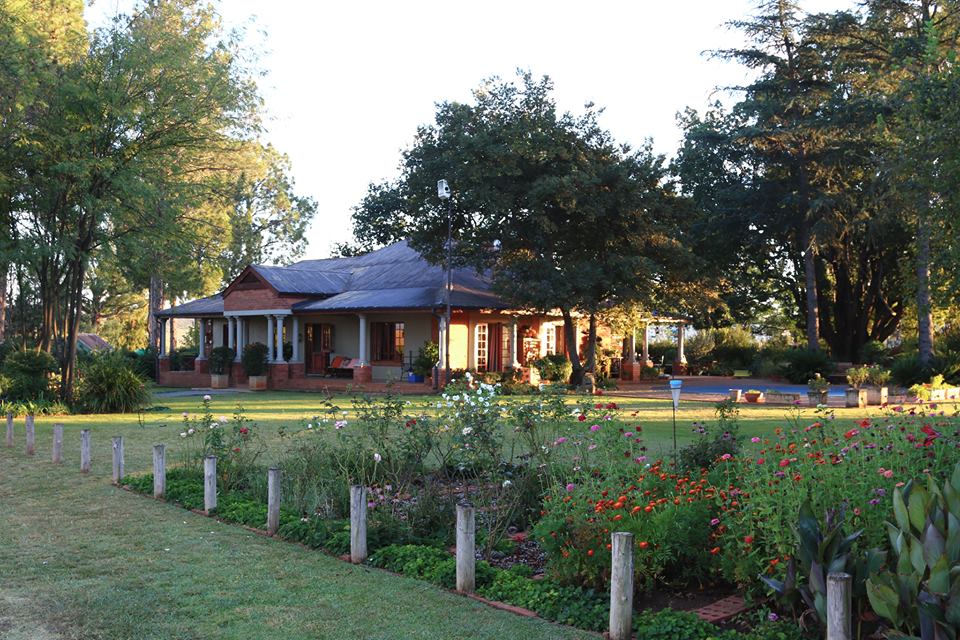 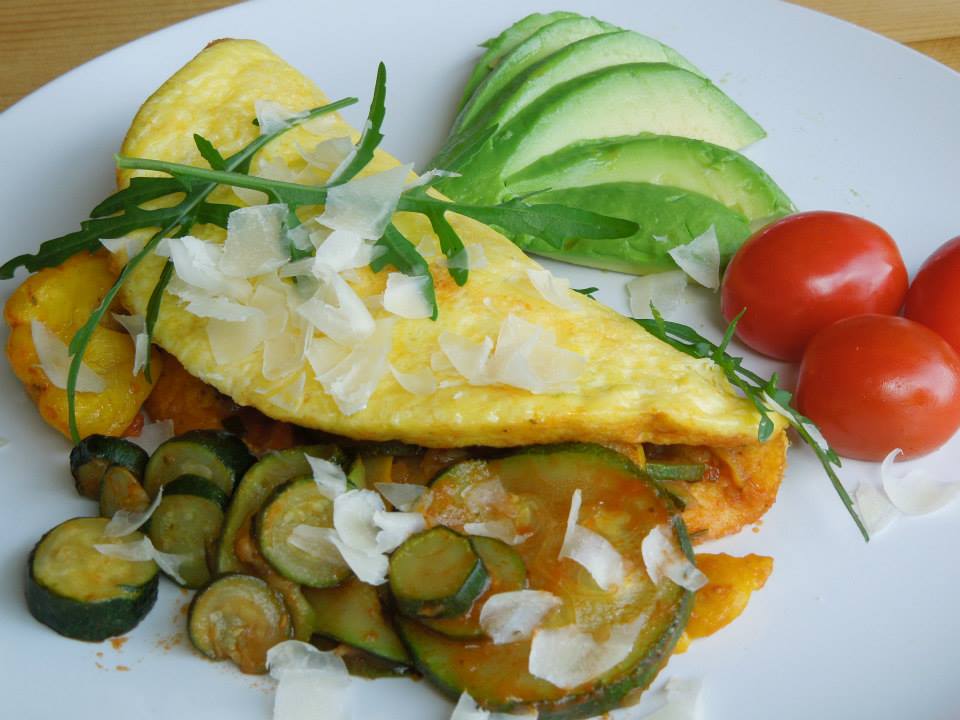 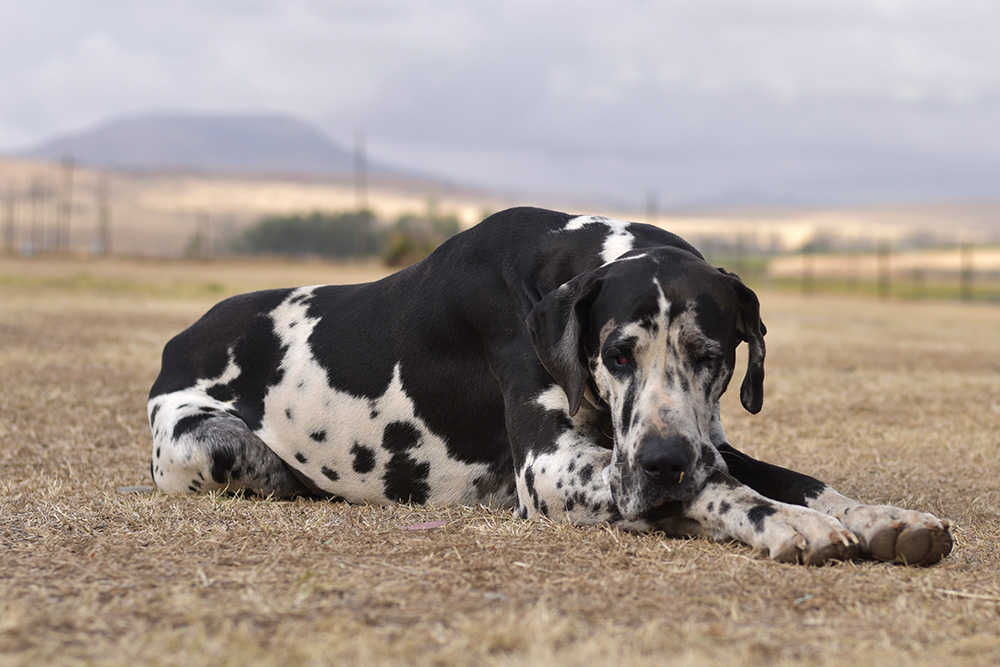 When I know I’m going to be out of office for several days, I always make sure that I get on top of all my work and clear my desk and computer of clutter before I leave. However with me, and I am sure this happens to most of you, sods law kicks in as soon as you hit the road and some sort of crisis goes down – smart phone’s are a real pain aren’t they. I have found myself becoming more and more addicted to these devilish devices, and they can be really annoying! 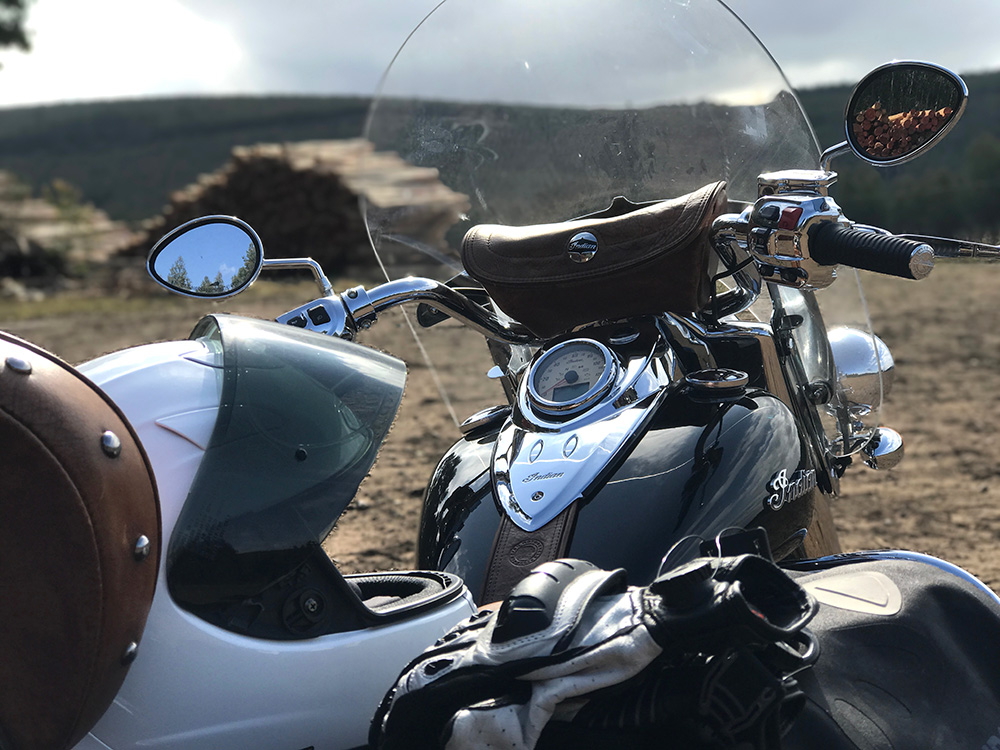 My dad once told me that the first time he ever saw a cell phone was in Sweden in the late 1980’s when he was on the road there with his Sales Agent. He asked what’s the purpose of carrying that when you can do much of your daily phone work before you leave and can always stop at ‘Road Services’ and use a pay phone, if needed. Well it’s usually very cold here was the reply and with this little beauty, I don’t have to get out of the car so often. They both agreed that that was a good enough reason for Swede’s to have them but it would never catch on in most other places! Anyway, I decided on day two to switch off the little chap! Riding the serene Indian Chief Vintage confirmed that this was the right move, with its non-complicated, authentic, old school feel and combined with the stunning roads around the Drakensberg region, it takes you back to a place that is much simpler, to a place which my friend Dave calls BC (before computers). I assure you this was a great and pleasant place to be although, I knew, it would only be very temporary. We headed out on the R517 towards Bulwer and stopped for a snack at a quaint little spot called ‘The Pickle Pot’ – great name. At this point it was FREEZING and the first thing we did was change into our thermals – thanks to Dave’s advice. There was a definite cold front in the Drakensburg’s and without the thermals, we would have been screwed. You must stop at The Pickle Pot if you are ever passing by and try their hot chocolate and famous apple pie. 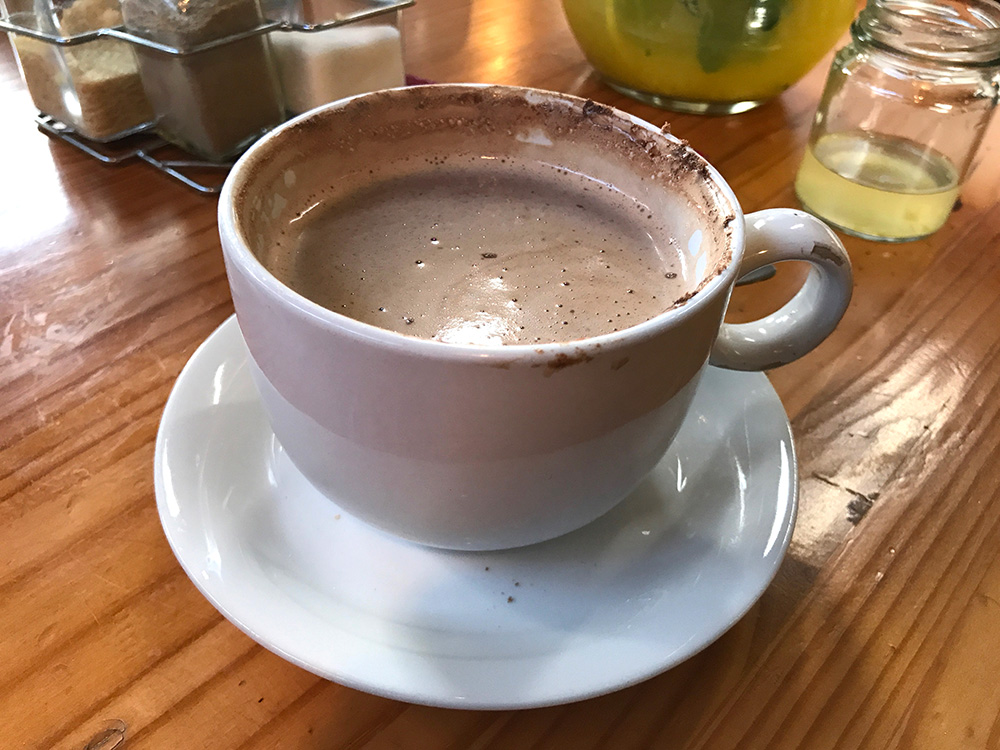 Back on the bike, we decided to take the shortest route possible down to the coast, which was a good decision as it was bloody cold riding for the rest of the day. We arrived late afternoon at the Pumula Hotel in Umzumbe, which was going to be our home for the next two days. On Day 3 we attended the Alfie Cox invitational Enduro event. You can see my highlights of the event here: The 2017 Alfie Cox Invitational

This was a very cool event and I really had a blast filming the day’s proceedings. What these guys do on a bike blows your mind. Oh yeah, and the weather was great! 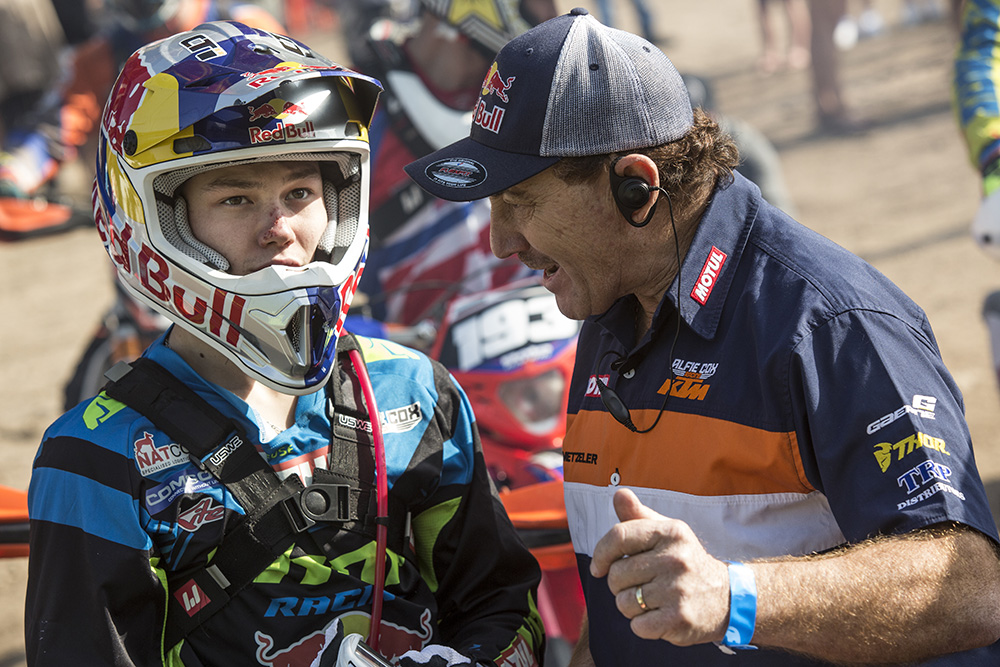 At breakfast on day 4 we contemplated our route home, now it was warm at the coast so we assumed the cold front had probably passed by the Drakensburg’s. Because we missed the Oribi Gorge Nature reserve on the way down, we decided to ride back a different route so that we wouldn’t miss it on the way back. We took the N2 road towards Kokstad and stopped at a café called ‘Leapolds Rock’ for a quick milkshake and to take in the beautiful surrounding of the Oribi Gorge region… Stunning! 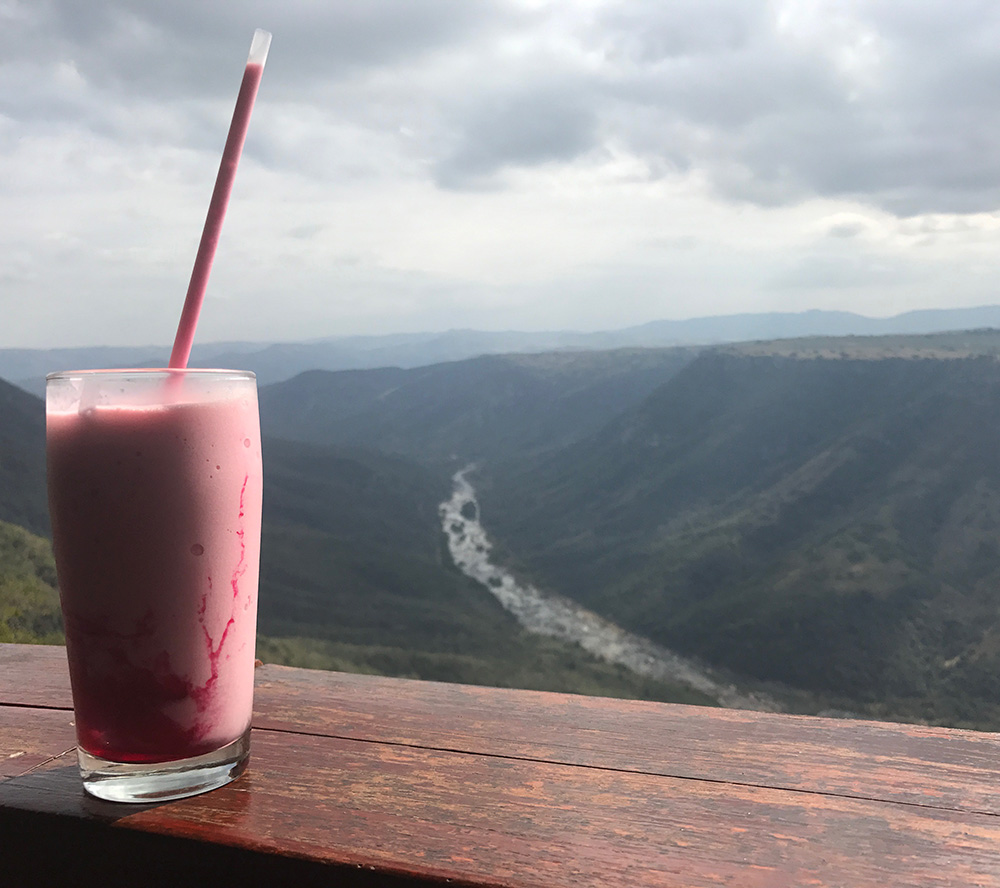 The roads from Oribli Gorge to Kokstad, albeit cold, were amazing to ride and I was surprised how enjoyable the Chief Vintage was to ride through the twisties. Stereotypically, big heavy American tourers have a reputation of not being good in corners but I had an absolute blast riding through the bends. You adapt to the style of riding required very quickly; just ride big sweeping lines and ‘roll on roll off’ the throttle and just feather the brake when necessary – beautiful. 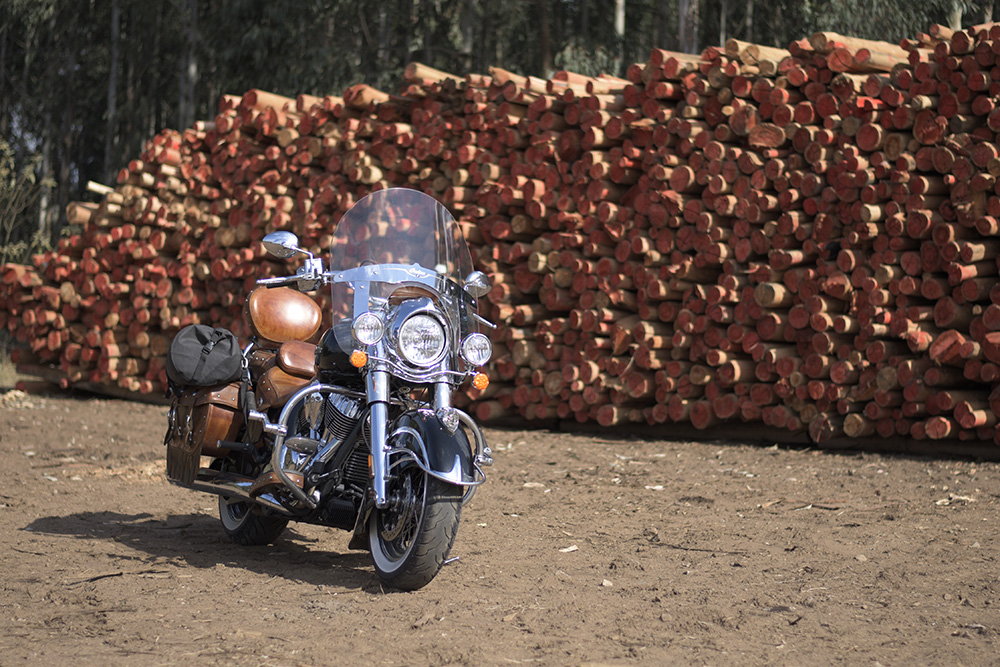 Now, as we got closer to Kokstad the weather got very cold; in fact, even colder than on the way down – ‘thermals out: thermals on’ – thanks again Dave. What I did not tell you at the start is that when I picked up the bike from Indian, they explained to me about the keyless ignition. They told me not to let the key fob get really cold, as the bike might not start. Fortunately, they did provide a secret code that I could apply if that happens but unfortunately, I had forgotten what this was. Sods law kicked in again and I quickly entered panic mode when the bike didn’t start first time at the fuel station in Kokstad.  You can imagine my relief when luckily, on the second attempt, the bike powered itself up – phew! 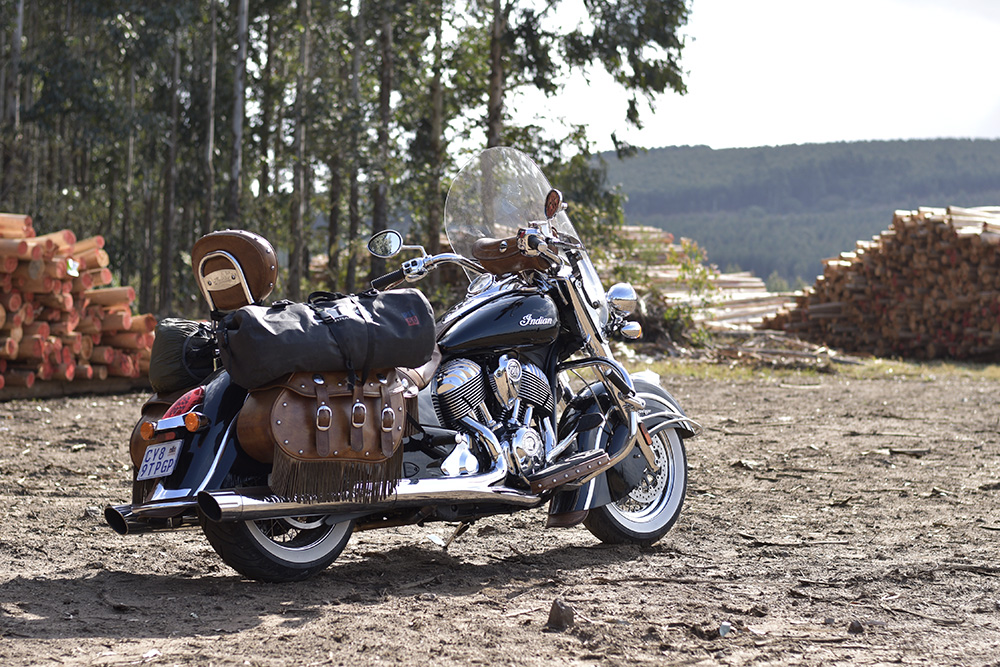 From Kokstad we carried on the R617 to Howick and for the rest of the day it was basically riding in survival mode, just trying to get to the overnighter and out of the freezing cold. At Howick we stayed at a B&B called ‘Meander Inn’, which turned out to be an absolute godsend. The people there were super nice and our stay was made really special due to their superb hospitality, great breakfast, and their clean and comfortable rooms. The next morning their garden boy leathered-down my bike in preparation for the days ride – great service, great place; I highly recommend it. Remember the key incident? Well, I didn’t want anymore frights, so that night I found myself nurse-maiding the key – I wrapped it in a clean sock and rested it on the heater in our room – Ah, a little touch of paranoia, I think. Which brings me to the point, why did they ever invent keyless ignitions? What was wrong with a key for the ignition? Riding home, I quietly reflected on the trip. I found the experience to be the most purest form of motorcycle riding that I have ever done. Everytime we went to climb on the bike, there was someone there admiring it and asking lots of questions and giving compliments –the Indian Chief Vintage bike is really attractive, a great ‘head-turner’. The feedback from my wife was that she was very comfortable on it (apart from the cold) and we did cover many km’s during the trip and it was her debut as a pillion rider. You felt like a ‘King of the Road’ – I would not have swapped the bike for anything else! 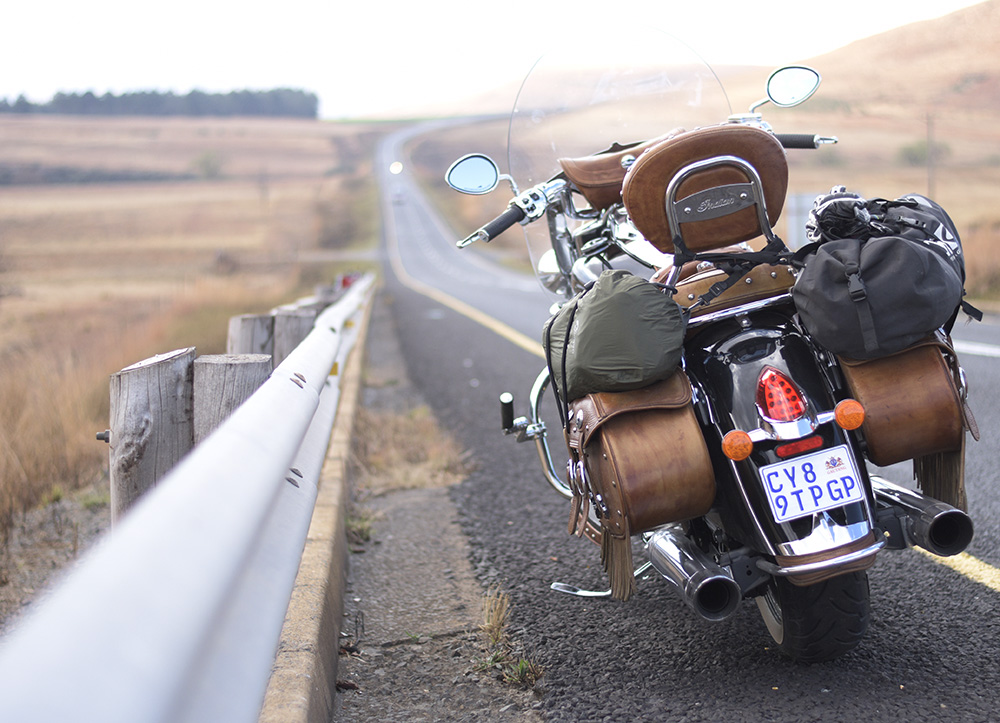 When I returned the bike back to Indian, I found myself drooling over some of their other models, like the Springfield, for example – I have to say, many thanks to them for a brilliant experience and I can honestly say that 5 days with an Indian – I am converted!!