There are times when the craziness of everyday life becomes overbearing and, if you are wise, you will take a bit of time out. So it was with the team at ZA Bikers. Braam got to choose the destination this time around. We also decided that there would be another difference. We would do this adventure on small bikes. Simon pulled rank and organised a Kawasaki Versys 300 from our friends at Fire It Up! Braam chose a Zontes 310 Adventure, Bjorn a Honda CRF 250 Rally, and I arranged a Suzuki V-Strom 250. On paper, the Kawasaki outpowers the rest quite significantly, with probably the Zontes up next. The Honda and the wee Strom would bring up the rear.

We decided to take the roads less travelled and make our way to a tiny hamlet called Val, which is located between Greylingstad and Standerton in southeastern Mpumalanga. We actually rode out of Pretoria towards Olifantsfontein, where we turned east and went straight onto dirt roads. Farmland flanks the road on either side and farmers are preparing their land for planting. The pungent pong of poo assailed our nostrils as we swept past freshly fertilised fields. Turning this way and that, we followed the minor dirt roads that took us slowly but surely east. Suzuki had done a sprocket change on the little Strom, going a tooth bigger at the front. This has made a huge difference to the bike’s cruising comfort. It no longer feels frenzied at 120, but rather happy as the day is long. We turned left onto a flat stretch of tar taking us to the Delmas road. It immediately became an impromptu test as to which was the quickest and fastest of the bunch. Please understand that this was never intended to be, and isn’t a comparison test, but boys will be boys, you know!

I pulled away alongside Braam on the Zontes and actually got a wheel ahead of the Zontes. He pulled alongside and then started to pull away slowly. Simon, seeing what we were up to, gave the Kawi its head and simply blasted past both of us. Braam jumped into his slipstream but the Versys was able to pull away into the distance. In the meantime, Bjorn snuck out of my slipstream and edged away, leaving me as tail-end Charlie. It was maybe five kays to the t-junction where we all came together once more. The Kawasaki registered around 155 on its speedo whilst the Zontes, trailing in its wake was showing an optimistic 160. Bjorn and I saw 145, with the little RPM light on the little Suzie winking wildly as the needle nudged redline in top gear. All things considered, there is surprisingly very little between the bikes, performance-wise. With that settled, we went back to our leisurely cruising pace of around 100 on the tar and 20 to 30 kay’s slower on the dirt.

In terms of the dirt ability, clearly, the Dakar replica CRF, with its long-travel suspension and 21” front wheel has a clear advantage. Having said that, the suspension is crazy soft and half the travel is lost to sag when you sit on it. The Kawasaki is firm and taught and really dirt worthy, feeling better and better the faster you go. The Zontes was a pleasant surprise with a smooth motor and reasonable suspension, offering fair stability despite it’s 18” front wheel. The little Strom is a solid little performer which, like the Zontes also sports an 18” front. Bottom line is that all the bikes are capable of safe dirt road touring. We were once again reminded that big heavy bikes are a lot of effort and way more intimidating than these little beasts when the roads get dusty.

Val is 190 kays from Pretoria if you stick to the most direct tar route. We did around 250 klicks and took hours to get there. We stopped for a picnic lunch and brewed some coffee in an abandoned shed which gave us some shelter from a stiff cold breeze that heralded an incoming cold front.

Back on the bikes, we rode dirt tracks where the traffic dried up to almost nothing and swept and undulated through pristine farmland, golden frost burnt veld and almost bushveld like scenery. We stopped frequently to take photos, chew the fat and chirp each other about our respective rides. It was thus late afternoon before we rolled into the hamlet of Val. Oh, my sainted aunt! There is much to be said for living the quiet life!

The hamlet of Val, abbreviate at some stage in its history from “Waterval”, has a permanent population of 29 residents. Over and above this is a transient population of around 30 SA Police members who serve the whole district. More than 1 police member for each citizen! Needless to say, you feel safe in Val!

The main drag runs adjacent to the railway line which is still in use and probably sees more traffic than the main road through the little town. As is typical of towns dissected by railway lines, you want to live “on the right side of the tracks”. I didn’t quite figure out which was the “right” side, but I think it was where the Val Hotel is located.

The hotel dates back to 1896 when the original mud-walled structure was completed. It was originally built as an Inn to serve the stagecoach route from the Reef to the Lowveld goldfields. Allow your mind to wander for a moment and just think what an exciting time this was in our country’s history. The relative peace of Val was rudely interrupted by the Anglo-Boer War starting in 1899. No major battles were fought near Val, but there were numerous skirmishes, as Lord Roberts sent troops east from the then occupied Pretoria, to link up with Kitcheners’ army coming up from Natal. The last pitched battle of the war was fought near Belfast, before the guerrilla warfare phase of the war. 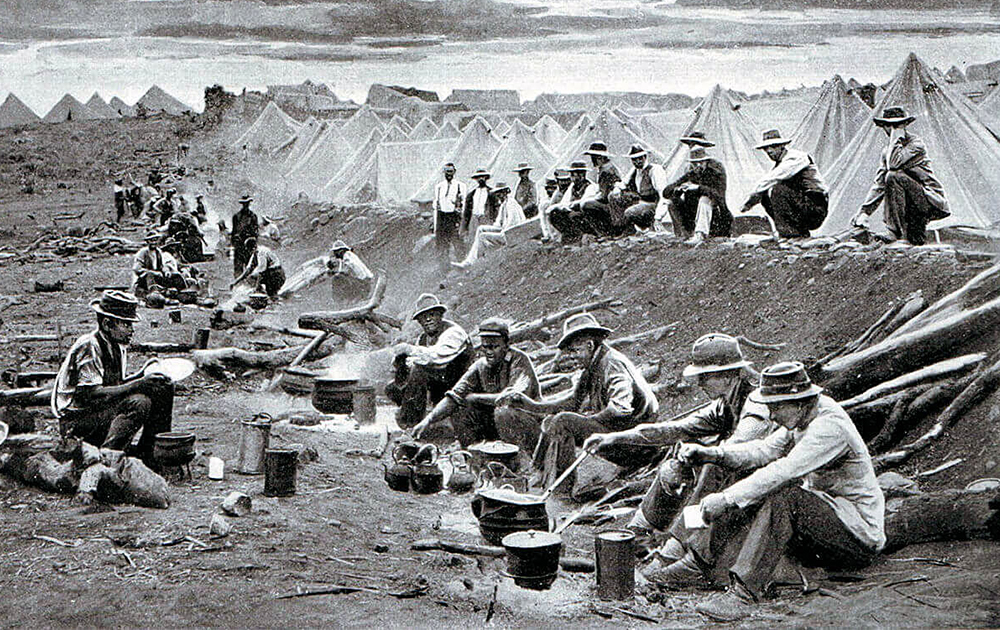 The best-documented skirmish near Val was thanks to the Van Den Heever brothers, Gert and Jack. These chaps thought they could disrupt the English war effort by derailing a troop train. Which they managed on the 29th of December 1900. I took a ride to the monument, 5 kay’s from Val where this deed was done. This is where the story takes an interesting turn. To the absolute glee of the Boers, the derailed train was not carrying troops, but rather whisky, beer, champagne and good nosh, destined for the New Years celebration for the English troops to welcome in the end of 1900. An immediate truce was called and the soldiers from both sides commenced a monumental “piss up”. The party raged for two days before the Boers withdrew to resume hostilities, albeit with a further 5 wagons worth of pilfered “spoils of war”. No wonder they called it the “ Gentlemen’s war”! 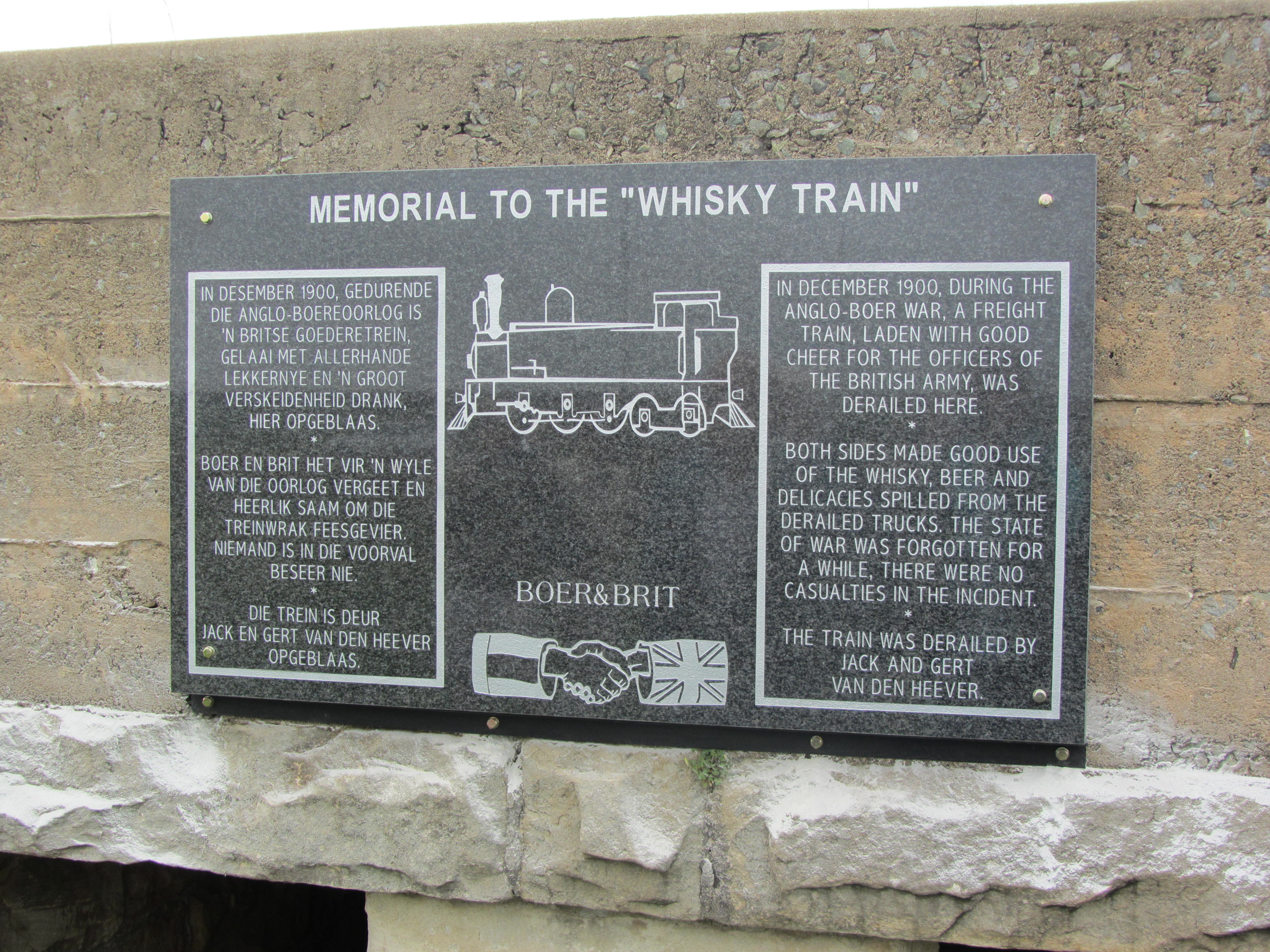 Another fascinating story is that of Horace Fry. Well, that’s what he called himself when he arrived in Val. He apparently had no beef with the Boers, so he deserted from his unit in Cape Town after disembarking from the troopship that had brought him from England. He packed his meagre belongings into a wheelbarrow and, get this, walked to Johannesburg! Flip a noodle! They definitely don’t make them like they used to. He eventually pitched up in Val, where he established himself as the village blacksmith.

Val once again made the news when Mahatma Gandhi was arrested and held in the local jail, whilst on his “peace march” from Durban to Johannesburg. A local farmer commented that “the Indian in a diaper was a nuisance” and caused a lot of trouble for the authorities. The grandmother of the local General Dealer, Latib Janoor, cooked up some vegetarian Indian cuisine for Mr Ghandi while he was in the klink. 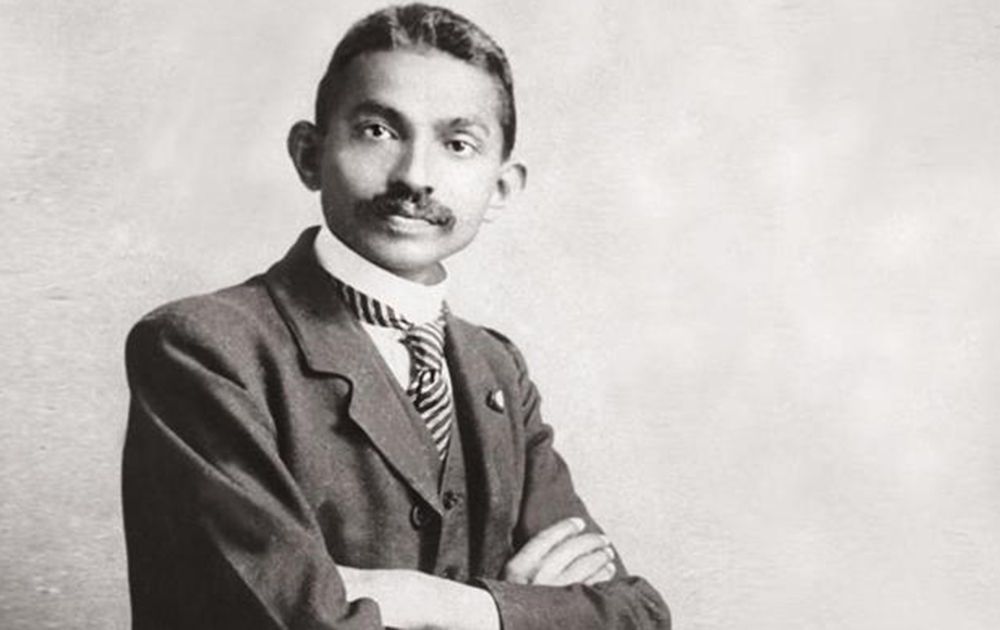 The Train Station closed in the 1970s which resulted in the Hotel becoming run down and derelict. The hotel was bought on auction on the 6th of July 1994 by the present owners, Andre’ and Rita Britz. Rita’s family have lived in the area for 8 generations. She and Andre’ were married in the local church in 1982. They restored the hotel to its former glory and more. It now sports 12 rooms, 2 cottages and a backpackers.

Staying there is to be reminded of a time that the world has all but forgotten. Rooms are period-perfect, complete with snuggly down duvets, crisp white linen and the like. Cosy and comfy.

The pub is well stocked and quaint, with a roaring fireplace warding off the winter chill.

The food is typical country Inn fare. Well prepared, tasty and wholesome. We had a great evening chilling over a few brews and a good meal, before retiring to our cosy beds for a good night’s sleep.

The next day we rose early for Bjorn to take advantage of the crisp early morning light to capture some images. The bikes had frozen frost on the seats, with our phones telling us that we were experiencing 2-degree temperatures.

It had warmed slightly by the time we had downed a hearty breakfast, packed the bikes, and ridden out of town. I chose to ride out to the Boer war monument documenting the aforementioned “piss up”, which meant cruising down a good dirt road, through beautiful rolling veld and farmlands.

I then rode back to Pretoria on the tar. The rest of the crew took the back roads once again and as Murphy would dictate, suffered a couple of punctures on the tube equipped bikes. The tubeless Zontes, which would have made repairs a doddle, escaped unscathed.

Despite the puncture setbacks we returned to the Big Smoke refreshed, and with batteries recharged. If you are thinking of getting, or already own one of these, or a similar bike, do yourself a favour. Pack up and hit the road as we did. Take your time and chill out. I can highly recommend Val as a destination. It may not be the most inspiring countryside that you ride through to get there, but you will quickly fall under its spell. That sums up the incredible thing about bikes.

A simple cruise in the country turns into an adventure. Try it, I promise that you’ll become as addicted as we are.