Brad Binder certainly drew attention to himself in the first two rounds of the MotoGP World Championship, by showing us skilful race-craft, good sportsmanship and blistering lap times. Heading into Brno yesterday with three points to his name, we all knew our fellow South African was capable of more. And then, in only his third MotoGP race, he did the unthinkable: he won, and instantly wrote himself into racing’s history books.

Brad headed into the weekend fit, feeling good on the bike, and with a well setup RC16 under him. Still, Q1 is never the place to be—so with his head on the chopping block, Brad pulled up his socks and took his ‘lucky 33’ RC16 into Q2. A 1’56.299 secured Brad a comfy third row start (P7) behind his teammate Pol Espargaro in P6.

Michelin didn’t have heat to deal with this week, but rather some seriously bumpy track surfaces. Brad and Pol both rolled onto the starting grid with a hard front and medium rear for the Automotodrom showdown, a strategy that would pay dividends.

Before you knew it, the lights were off and Brad was charging his way through the battlefield. He slid into a comfortable third place behind Fabio Quartararo remarkably quickly, pipping teammate Pol Espargaro in the process. Seven laps later, Brad rolled past Fabio into second, while further back in the field Pol and Johann Zarco made contact, sending the former out of the race and the latter into a (rather spectacular) long lap penalty.

Brad put race leader Franco Morbidelli into check by braking late into turn eight just before Horsepower Hill, and by the next lap it was checkmate. The Red Bull KTM box went ballistic as Brad shifted into first place, and a proud but still nervous Mike Leitner (Red Bull KTM race manager) was on the edge of his seat.

Brad rode a perfect race, extending his lead to over four seconds by the time the checkered flag dropped. Franco Morbidelli finished in second place (his first podium in the MotoGP class), with Johann Zarco finishing off the podium in third.

Brad’s victory is a smorgasbord of achievements: it’s not only his first win in the premier class, but KTM’s first too. It’s also the first MotoGP win by a South African, and the first time a rookie has won a race in their debut season since Marc Márquez did it in 2013.

For many of us watching in South Africa, it was goosebumps throughout most of the race, followed by dusty eyes as the South African national anthem played, with our favourite rider on the top step of the podium.

But let’s not downplay what a big deal this win is for KTM too. They made it very clear from the moment they developed the trellis-framed RC16 that their intention was to win races. Not only did Brad win, but Pol showed podium-level pace before he crashed out. So you can be sure the Austrian marque will keep upsetting the apple cart as the season continues.

Brad Binder: “Honestly, right now, I’m lost for words. I’ve dreamt of this since I was a little boy and today it came true. It is amazing to win my first GP [in MotoGP]. Thank you to everybody who supported me, and the whole team: they put an insane motorcycle beneath me today! I didn’t know if we could win but I knew we would have a go. It was the craziest ten laps of my life at the end. I was being as soft as I could. It was incredible. Unbelievable.”

Pit Beirer, KTM Motorsports Director: “For KTM this is an unbelievable day. It’s historic for our company and for the whole team but of course for Brad Binder; who has believed in us and our project for many years. Today is payback for so much hard work. We knew we had a better bike for this year and this did not happen by accident: it came from everything we learned during the last years. With Dani Pedrosa, Mika Kallio and the test team we worked and developed for over a full year to have this bike now. At the end of the day you need a fantastic rider to put the bike on the top step and Brad did it today, and in the same style as he won in Moto3 and Moto2 races for us. It’s an incredible feeling and we will now build on this result.” 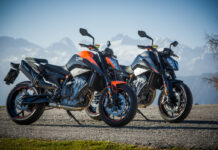 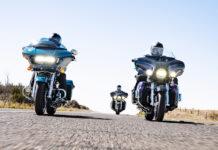 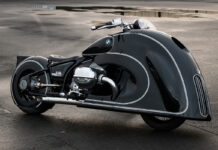