Since its birth, the International Female Ride Day has shone a light on all women riders and has inspired the up and coming. Over the last few years, female ridership have increased significantly, and the momentum generated by this one day, is needed to continue advancing the future of motorcycling.

Biker’s Warehouse will be joining this initiative, where thousands of female riders in over 120 countries unit for a mass ride to create awareness for women in the motorcycling industry. ‘BW’ will be hosting a High Tea for the ladies on their return from the various rides. With great live entertainment, it will be an event not to miss.

Thanks to their generous sponsors, there will be great prizes up for grabs on the day and various motorcycle manufacturers have come together to display the latest and greatest on offer in S.A.

Timing for arrivals and departures Triumph:

Routes are as follows and attached for ease of reference

For more information regarding the ride please visit: IFRD Johannesburg 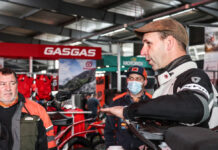