KTM South Africa is proud to announce a star-studded line-up of riders that have been added to the Brother Leader Tread KTM and Red Bull KTM team for 2022. In a massive scoop for the team, Blake Gutzeit will be stepping onto a KTM 300 XC-W TPI from November 2021.

Hailing from the small town of Oslo Beach on the South Coast of KwaZulu-Natal Natal, Gutzeit has rapidly become one of the most technically gifted riders in the world. Gutzeit’s first memory on a motorbike is at the age of three, but his racing career only actually started from about the age of 14. The rider is a former Junior World Champion in SuperEnduro and currently lies fifth in the World Championship Prestige Class.

His glittering resume includes a National Enduro title, a fourth place at the Roof of Africa and finishing the Erzberg Rodeo. By his own admission, he mentions that his performances in the extreme Enduro races around the world haven’t quite lived up to his own lofty expectations – something he will be desperate to set right with his new team at the Roof of Africa. While Gutzeit has had minimal time to switch his preparations from the upcoming SuperEnduro season to training for this year’s Mother of Hard Enduro, he reveals his plan to win the prestigious event.

“Joining an official factory team is going to make it so much easier to focus all my attention on winning at the Roof, which is my number one focus with the team. I just love to win and it is one hundred percent my goal to stand atop the podium at the Roof of Africa next year and to attempt to do the same this year,” he said.

After the call to join the team from KTM CEO Franziska Brand, he added: “Brandl has been instrumental in bringing such a fire back to KTM and also the National Enduro Championship. She is a big part of the reason why the sport is going through a revival in South Africa.”

Brother Leader Tread KTM have also managed to capture the signing of the hugely exciting Enduro prospect Matthew Stevens, who will be riding in the J1 class on the KTM 125 XC next season. Stevens is the youngest ever finisher of the Gold Class at the IMPI Enduro and is already a two time national Enduro Champion.

Stevens has massive dreams and tells the story that at the age of nine he wrote his goals on the ceiling above his bed in permanent marker – one of those goals being to win the Roof of Africa in 2023. Stevens has a hugely impressive work ethic and he stands by the ethos that his father has put in place for him: “Any goal is 100% doable if I have a plan, put in the work, surround myself with good people, and have a never-say-die attitude,” he said.

In the highly competitive field of Cross Country riders, Brother Leader Tread KTM will unleash the flying Zambian, Scott Heygate. The rider will represent the orange squad in the OR2 Class aboard a KTM 350 XC-F.

The 20-year-old lives on a farm on the outskirts of a small town in Zambia called Chingola and practically grew up on a 50cc that his grandfather bought him at five years old. Heygate has since gone on to win the Zambian Motocross Championship the last five years in a row and in 2021 finished second in the South African National Cross Country Championship in the OR3 class.

The team will also be adding young gun Matthew Wilson to their cross country roster, who will be competing in the OR3 Class next season. The 17-year-old has been winning championships since the age of nine with multiple Gauteng Regional and National Championships under his belt.

Wilson first stepped onto a bike at the age of three and by age eight was already going bar to bar with his rivals on a 65cc. The rider does most of his riding at Rhino Park and is also dedicated to putting in the work off the bike with a rigorous gym schedule.

Joining the fray on the motocross scene is Luke Grundy. The young gun will represent the Red Bull KTM team in the High School class in 2022 aboard a KTM 125 SX with his sights firmly set on being crowned the National Champion next year.

Grundy lives in Amanzimtoti, Durban, and does the large majority of his training at Cato Ridge, Thundervalley and Hammersdale. The prodigious young talent has represented South Africa at the FIM Junior World Championships in Italy in 2019 and attributes his already lengthy list of successes to a relentless work rate.

Grundy expressed his immense admiration for the Red Bull KTM team and admitted that he is honoured to race for what he considers the best racing team in the country. Grundy will bring a massive dose of youthful energy and pace to the team and he will be frothing to fight for his first holeshot for his new team.

The remaining riders of the Red Bull KTM and Brother Leader Tread KTM team will be announced at a later stage. 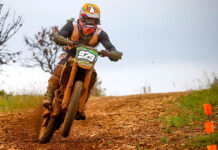 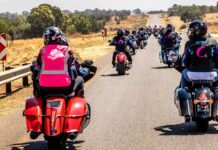 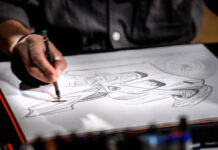