Kawasaki Racing enjoyed yet another great day of Gauteng GXCC Cross Country racing to return from Radium clutching the silverware of a couple of class wins and podiums galore on Saturday. Pepson Plastics Kawasaki racing with Scottish Cables, Michelin and Motul pair Jaycee Nienaber took the open class 450cc OR1 win, while Kenny Gilbert won again in Seniors. 250cc OR3 teammate Taki Bogiages was second from John Botha in 250cc OR3 and Jaden Els third in 85cc Juniors.

“Fast pits, a good mindset and a monster of a bike set me up for the class win,” Jaycee Nienaber explained. “I pushed hard throughout and was able to keep my pace until the chequered flag flew after four laps of racing. “It feels so good to have the number one podium step under my feet again. “Radium was tough and dusty, but very well organised and safe, so I felt confident and determined to bring home the win on my Pepson Plastics Kawasaki KX 450X!”

Kenny Gilbert appears to be the winning standard in Senior class South African Cross Country racing and Saturday was no exception at Radium as the multiple former champion eased to yet another win. “Radium was very sandy, which made it fun and safe to ride my KX 450 X,” Kenny pointed out. “The GXCC team put on an amazing event and it was great to race in the beautiful terrain we have around Gauteng. “I’m having so much fun racing with Pepson Plastics Kawasaki!”

Saturday was a case of so near, yet so far for Taki Bogiages as he raced to second on his Pepson Plastics Kawasaki KX 250 X. “Radium was good. “I grabbed the lead early on, but picked up a minor issue that dropped me back to fourth. “My team helped sort it in the pits and I was soon racing again and pushed hard back to second in OR3. “So a big thank you to my team and everyone who helped get me back out on track. “This was another great step in the right direction!”

For the rest, John Botha rode his Franchise Co. Tork Craft Kawasaki KX 250 X home third to make it a double podium for Kawasaki in OR3, and Jaden Els was third in 85 cc Juniors. Radium GXCC frontrunner Mike Pentecost, who was unbeatable on his OR1 Franchise Co. Tork Craft Kawasaki KX 450 X so far in the GXCC season, had a Radium to forget when he retired from the lead with a minor mechanical issue.

“That was a brilliant weekend,” Pepson Plastics Kawasaki racing with Scottish Cables, Michelin and Motul team boss Iain Pepper concluded. Pepper also celebrated his racing return in the Veteran class on the weekend he became a grandpa. “My team stared at radium to make it a great one all round. “Well done lads. Onward and upward from here!”

Team Green heads to Carletonville for the next round of the Trademore SA Cross Country Nationals on 9 July. The next GXCC round is on 13 August. 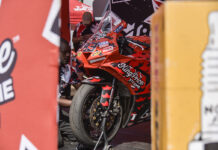 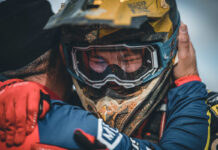 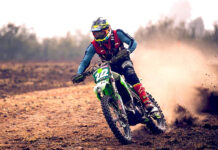