It is one of the funny vagaries of MX and Enduro bikes that manufacturers launch the next year’s models halfway through the current model year, rather than waiting for later in the year as happens with road bikes at such expos as EICMA in Milan in November.

At a lavish launch at the Rhino Park MX and Enduro track east of Pretoria, KTM revealed the 2023 range of MX bikes to assembled media and competition riders. The Enduro range will be revealed at a later date.

Now, I could have donned my riding gear and told you how they all perform in first and second gear at walking pace but that wouldn’t really tell you very much, other than to confirm what you already know: that I am no MX rider, which I am certainly not too proud to admit to. Whilst I love throwing bikes and myself at the scenery, I wouldn’t exactly be pushing any of these incredible new models to their limits so what would be the point?

Rather, we spoke to Wesley du Plooy, a rider on the current championship scene, and asked him to put each of the new models through their paces and tell us all about them.

Here are his thoughts:

“The initial feeling I had was the comfort of the riding position on the bike. The new foot pegs felt like the perfect size and position to feel stable on the bike. As for the power of the 350, it has strong pulling power out of the corners and at no time do you wish you had more.

“It has good usable power at both low and high revs for any level of rider which is complemented with a light feeling of the bike making it feel very agile. Engine Map 1 felt nice and smooth but the aggressive Map 2 was my favourite, especially in the deeper-rutted parts of the track.” 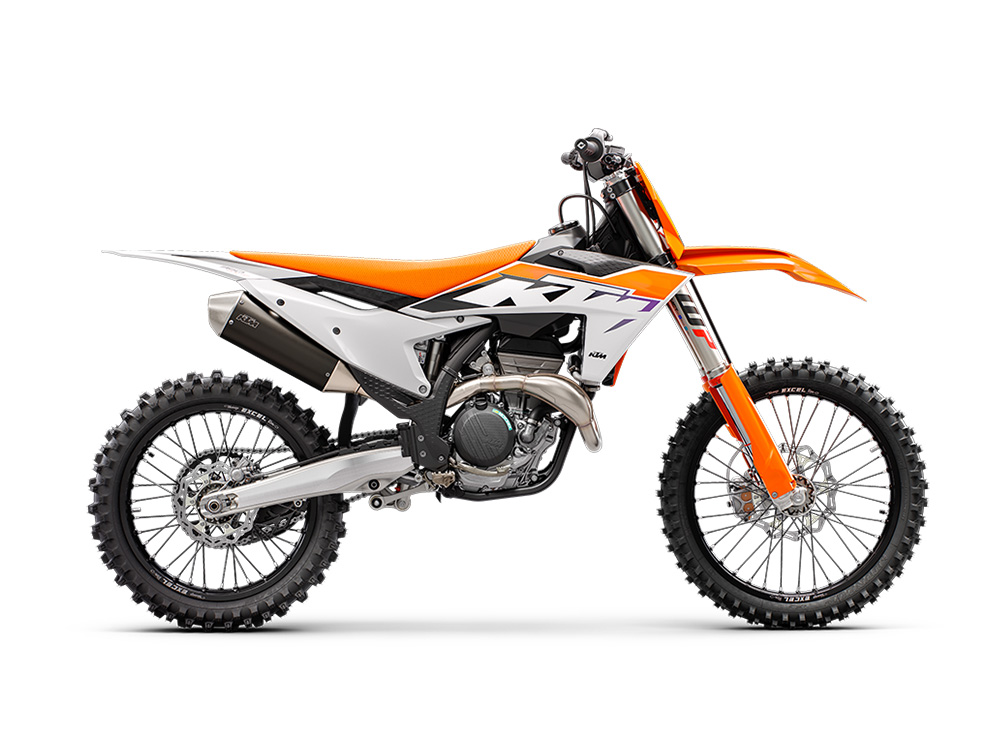 “I then got onto the KTM 125 SX 2 stroke. All the 2023 models share the same body and chassis which makes it easy to adapt to the different models.

“The 125 is a lot lighter than the 350 SX-F and you get to feel that through the corners and jumps: it’s by far the most agile bike which helps you use all the power that the 125cc single produces. It loves being ridden right in the power band and at no point feels uncontrollable even in the tighter corners and it’s such a bonus to finally have an electric start on the KTM two stokes.” 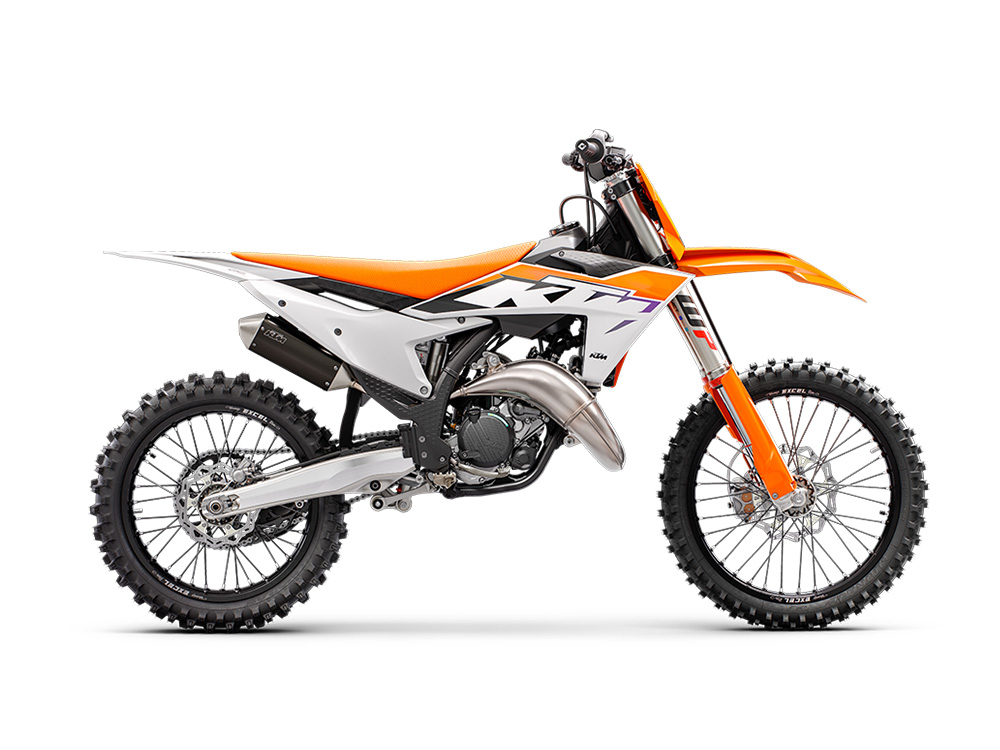 “The KTM 250 SX-F was next and it was the biggest surprise of the day for me. I started off trying the quick-shifter setting which feels like a great asset in the starts. However, I didn’t enjoy it on the track – the slight cut in power which allows it to shift quicker was a bit too noticeable when changing gear close to jumps.

“But with the quick-shifter turned off, the power of the 250 SX-F really impressed me. In previous years they had great pull in the higher revs and now the 2023 model feels great in the lower revs as well, using its torque to pull it out of the corners which makes it easier to ride around a long track.

“That being said, if you wanted to ride it more aggressively in Map 2 the power feels like it just doesn’t end, although it is still very controllable allowing you to use all the power.” 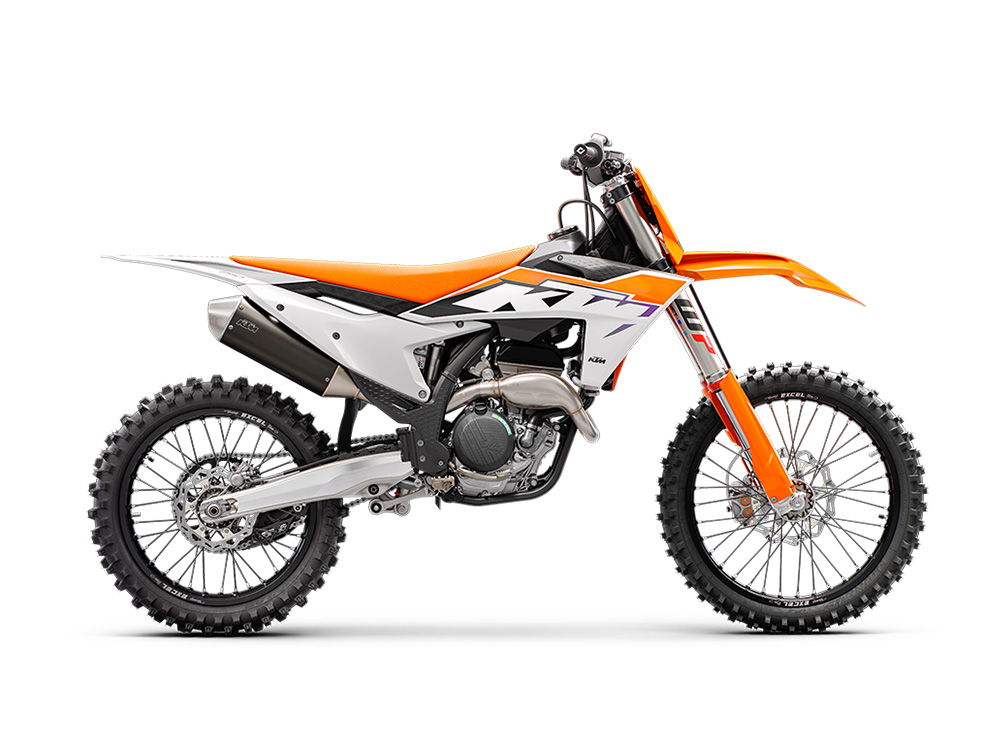 “This time the more aggressive engine Map 2 felt a bit too powerful for the track but the traction control helped keep the back wheel planted when accelerating out of the corners, which gave me a bit more confidence using the 450’s power.

“Surprisingly the 450 felt a lot lighter than I expected, including the extra engine inertia you normally feel in the braking and corners. To me, it makes the 450 feel a bit more playful on the rougher parts of the track and that helps it feel a bit more effortless through those sections.” 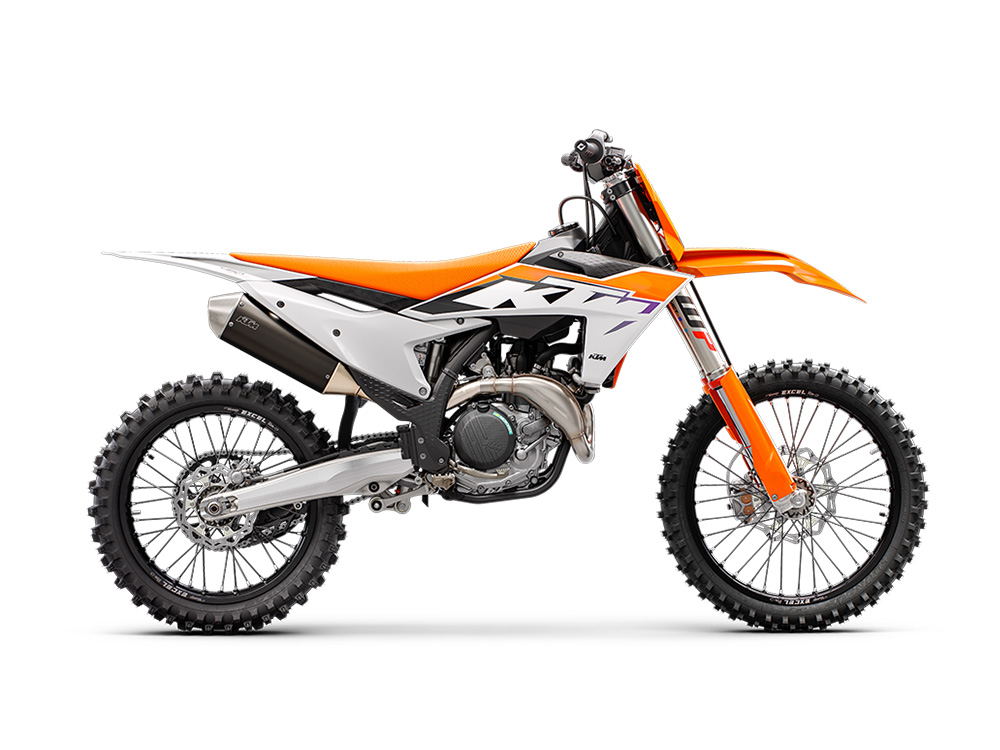 “As crazy as I expected it to be, it wasn’t like that at all. It has a ton of usable torque in the lower revs to pull you out of corners without it feeling like it will rip out of your hands. The power throughout the rev range is surprisingly controllable up to the powerband, but then, it definitely keeps you on your toes as only a two-stroke can do!

“I’m happy that the fuel injection didn’t compromise but rather added to the sensation of a 300cc two-stroke.” 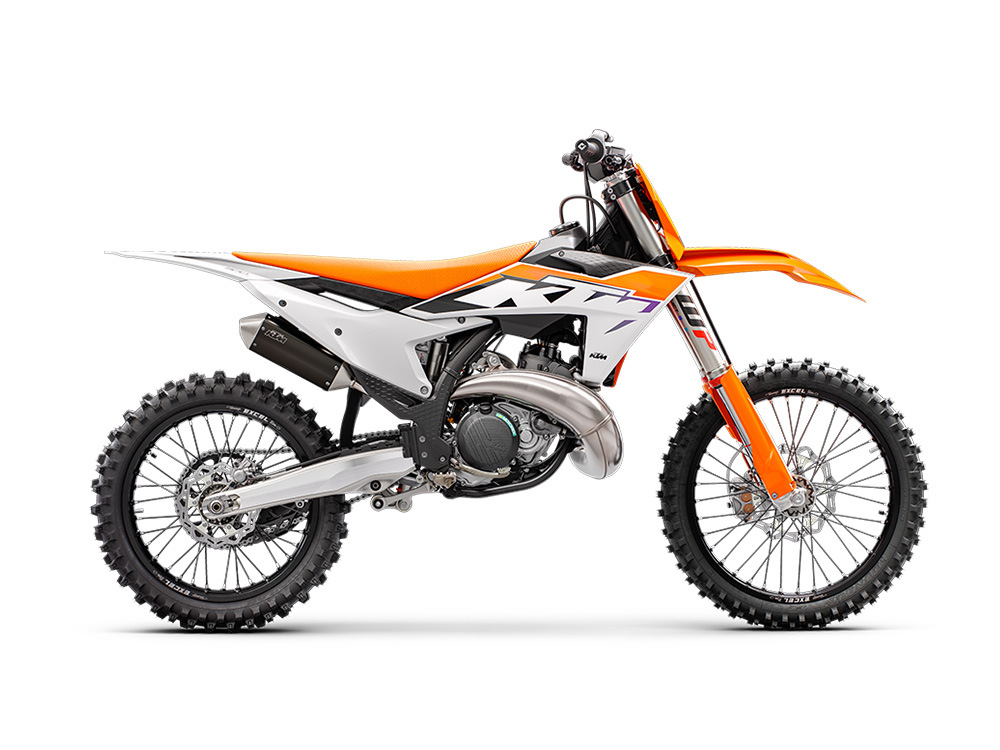 So, there you have it: straight from the horse’s mouth, so to speak. If you were wondering how KTM could possibly improve the seemingly already perfect, then you don’t just have to take Wesley’s word for it – get yourself down to your nearest KTM dealer and find out for yourself.