Home News & Features Features There is a new ‘Flasher in Town’!!

Some of you may remember my blog ‘To flash or not to flash’, which was based on my experience with re-mapping or ‘flashing’ my Yamaha Super Tenere’. The result was spectacular.

I was recently intrigued when Craig from ‘Fire it Up’ got his hands on Simon’s Triumph Thruxton – we are talking about the 900cc air-cooled Thruxton. I too have a similar Thruxton, so I was really keen to ride Simon’s bike after the ‘flashing’. Yamaha electronically govern the Super 10, so a significant power increase results from re-mapping the ECU (Electronic Control Unit). The Triumph is not governed, so how would re-mapping benefit the bike? Simon’s bike has a two-in-one, Arrow exhaust fitted, whereas mine has a pair of megaphone pipes. 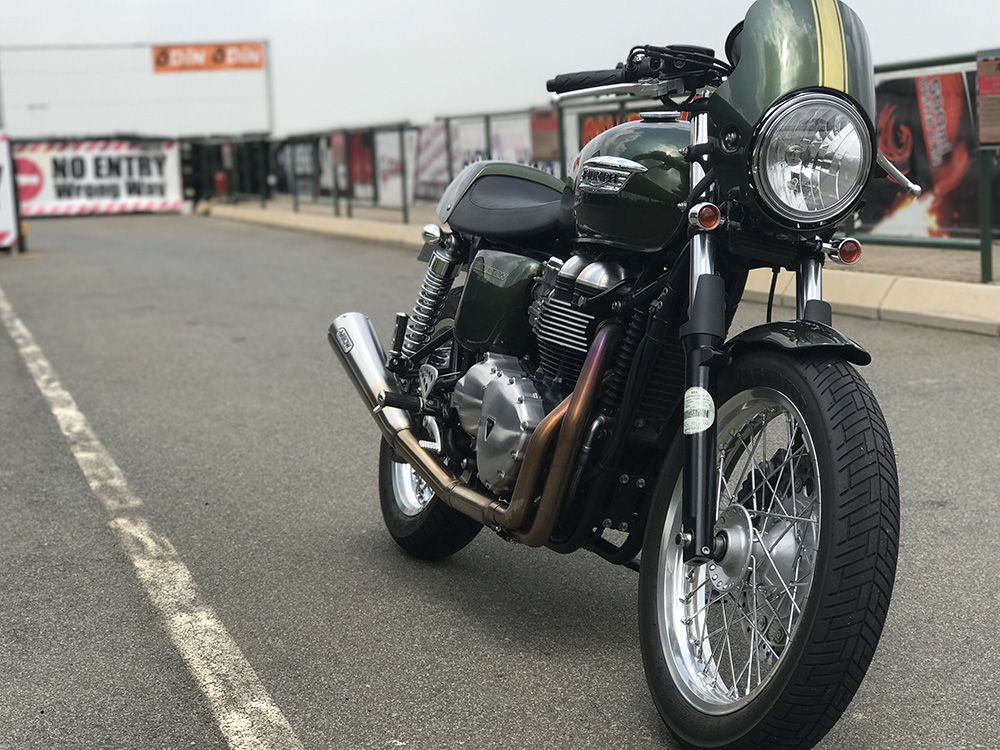 Predictably, given that the design of the bike goes back a few years, the mapping was a bit ‘hit and miss’. Craig found with road and dyno testing that the bike was running way too rich in the mid-range. To maximize air flow, Dirk Du Plooy from T.D.Agencies, came to the rescue with a BMC air filter. These filters are cleanable and re-usable and flow much better than the standard item. I have used them on various bikes over the years and always been happy with the result.

Interestingly, the bike needs some riding time to optimize the remap as the Lambda sensors send information to the ECU. Riding was never a problem so I ran the Thruxton on the road and Simon spanked it around Redstar Raceway. In both worlds, the bike performed faultlessly.

So, what does this feel like through the old seat of the pants dyno? If I have to use one word to describe the difference it would be that the bike is ‘Sweeter’. The engine is significantly smoother at all rpm. The standard bike can stutter occasionally at low revs but this has now totally gone. The mid-range response is noticeably enhanced – where you would have dropped a gear to overtake with proper thrust, you now just roll it on in top gear. The bike revs cleaner and more fluently. The natural torquey nature of the engine is so much better you find yourself short shifting on a big wave of creamy torque. The top end feels about the same as on my bike but it gets there quicker. 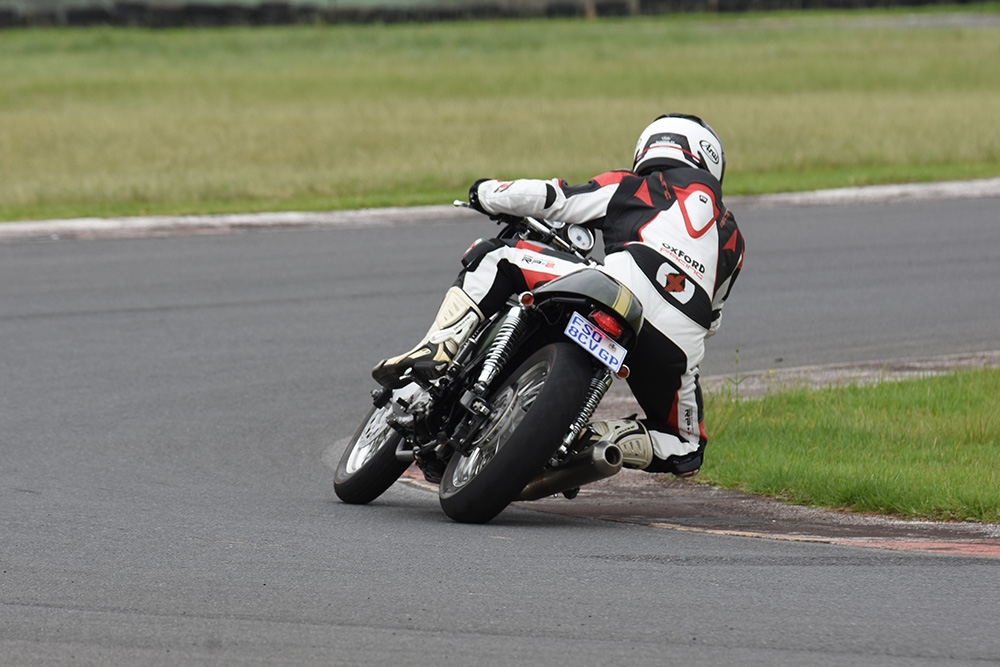 Would I recommend having your bike ‘flashed’? Without any hesitation! In fact, I have already taken my CRF1000 Africa Twin to Craig and I can’t wait to feel how he unleashes the beast in that one. When he is done, I want him to ‘sweeten’ my Thruxton too. The improved rideability achieved without any invasive mechanical intervention is really worth every cent – give it a GO, you won’t regret it!

The recipe for optimized performance from a standard engine has always been to allow it to breath better (courtesy of the BMC filter), burn the mixture better with optimized mixture and timing, (The re-map) and get the burnt hydrocarbons out (The Arrow). All of the above create one very happy Thruxton rider!