At the second of six Ducati digital launches that will be taking place over the next couple of months, it was the turn of the Scrambler to be under the spotlight.

The first launch gave us the new Multistrada V2 and this one introduced us to the new Scrambler 1100 Tribute PRO and Scrambler Urban Motard. The ‘Tribute’ is a homage to Ducati’s first twin-cylinder engine and the Urban Motard takes on a modern look to target a younger generation.

With these two new models, the Scrambler range expands to a total of ten models with two engine sizes – 800cc and 1100cc.

The Tribute PRO, as mentioned, is a throwback to the very first V-Twin Ducati to go on sale in 1971, which followed the trend of the time by being a naked sportster of 750cc. The Scrambler 1100 PRO tips its hat to that first bike by wearing ‘Giallo Ocra’ yellow paint and the iconic Giugiaro-designed Ducati logo and typeface. The seat is a dark tan colour, the trellis frame is black and the wheels are wire-spoked.

The engine remains the venerable air-cooled V-Twin of 1079cc, which pumps out 86bhp. As with the other three models in the PRO line-up, the Tribute has the usual bells and whistles, including riding modes and Ducati Traction Control along with the single round headlight with LED inserts.

The Ducati Scrambler Urban Motard is aimed at a younger demographic, which is never a bad thing. Ducati calls the styling a ‘contemporary refresh’ with cues taken from the Ducati Hypermotard.

The red and white livery is a nod to the original Marlboro-sponsored MotoGP motorcycles, while it borrows the side-mounted number plate panel, flat seat and beaked front mudguard from other Scrambler models. The Urban Motard is powered by the 73bhp, 803cc version of the V-Twin and claims to have some off-road ability, while being light and nimble in the urban jungle.

With both models coming with Ducati Multimedia System, you can pair your smartphone with the bike via the clocks and there is a USB socket under the seat.

No word on pricing for South Africa, nor arrival times, but keep in touch with Ducati South Africa for all updates. 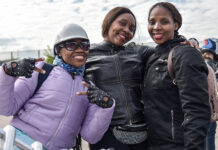 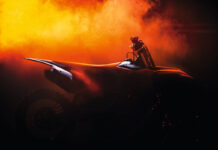 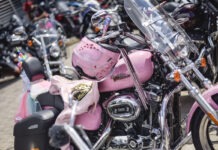