Over the next twelve weeks, Ducati will be hosting six live, online presentations to introduce us to new models in the 2022 lineup. Apart from the last one, in December, where we know the new middleweight Desert X adventure bike will be revealed, we can only guess at the new models from the rather cryptic titles given to the ‘programmes’.

The titles are: Your Everyday Wonder, Mark Your Roots, Rule All Mountains, A New Fighter in Town, The Evolution of Speed and Dream Wilder – Desert X. Reading between the lines (leaving out the first one as we’re going to talk about that one in a moment), they could mean, respectively, an updated Scrambler, Multistrada Enduro, Streetfighter V2 and updated Panigale V4, although that is all just guesswork.

Whatever, we now know that the first – Your Everyday Wonder – is the new Multistrada V2, replacing the Multi 950. In essence, it is the same bike but with evolutionary, rather than revolutionary, changes.

With the rise of the V4 engine in Ducati’s line-up, the company is obviously keen to emphasise the fact that the V-twin engine is still going to play as large a part in its future as it has in its past. The V-twin is so indelibly linked to Ducati and part of its DNA, that to abandon it would alienate a lot of enthusiasts and re-naming some of its bikes V2 helps prevent that. We already have the Panigale V2 and now there is the Multistrada V2. Expect more models to fall into line with this new naming game.

For now, though, the first 2022 model to be launched is the Multistrada V2. This is Ducati’s Swiss Army Knife of a bike. Despite the tall ‘adventure’ styling, it is definitely a road bike, as evidenced by its 19” front wheel, an all-rounder sports-tourer (or adventure-sports-tourer if you like), very much in the mould of its predecessor, the Multi 950, and going head-to-head with Triumph’s Tiger Sport 850, the MV Agusta Turismo Veloce and Yamaha’s MT-09 Tracer.

Powering the bike is the 937cc Testastretta engine, as found in the Panigale V2 and the Monster, developing 113bhp. The main focus on engine development has been to concentrate on longevity and durability. Oil change intervals are now 15,000km and valve checks are now at 30,000km intervals. The whole bike is 5kg lighter than the 950 Multi.

The styling has been mildly tweaked but retains the sharp-nosed look. The chassis is unchanged and why not? It was already a brilliantly dynamic chassis so why mess with the recipe?

There are two models; Standard and ’S’. The S gets the Skyhook Evo semi-active suspension and two-way quick shifter and both bikes have four riding modes, 3-way adjustable cornering ABS and 8-way lean sensitive traction control, Hill Hold Control, cruise control and cornering LED lighting at the front. Fuel capacity is 20 litres which should give a decent range if ridden sensibly…but it’s a Ducati and when is it ever possible to ride one sensibly?

No word on pricing yet but we can expect it to be in Ducati showrooms in South Africa in the first quarter of next year. 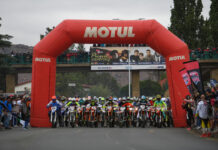 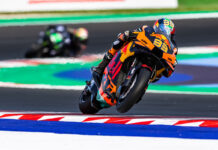 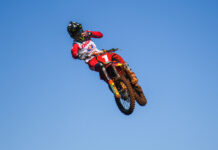