At 7am we were already landing in Mbombela to attend a BMW Media day. The star of the show was undoubtedly the introduction of the K1600 Bagger. Resplendent in “Blackstorm Metallic” paint, the bike looked simply magnificent. In typical Bagger fashion the panniers follow the line of the sweeping fender. With the sleek , yet substantial fairing, the Bagger has a “Puma about to pounce” look to it. There was the odd comment about the different handlebar style, but on reflection i really liked the overall styling. 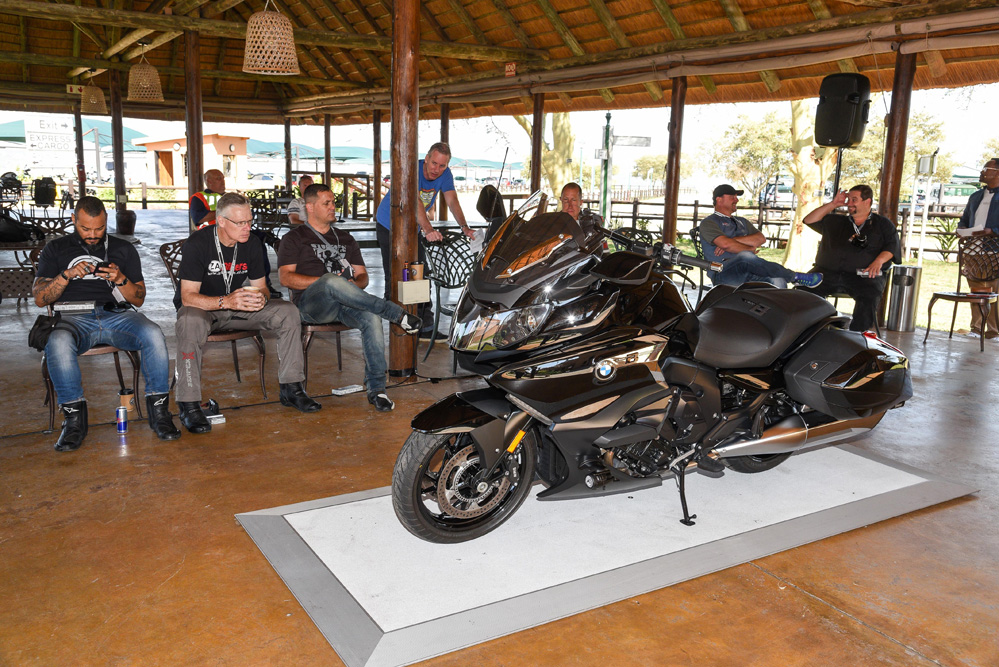 After a tasty breakfast, and rundown on the Bagger by the BMW brass, we kitted up and chose a bike to ride on the first leg of a 300k ride. I claimed the R1200R for the first leg. What a beautifully torquey and refined and balanced motorcycle this is! I cannot help thinking that with a little bit of wind protection, the R1200R would make a way better choice than a GS for riders who never venture off road. The conventional front forks give excellent feedback. I love this bike. 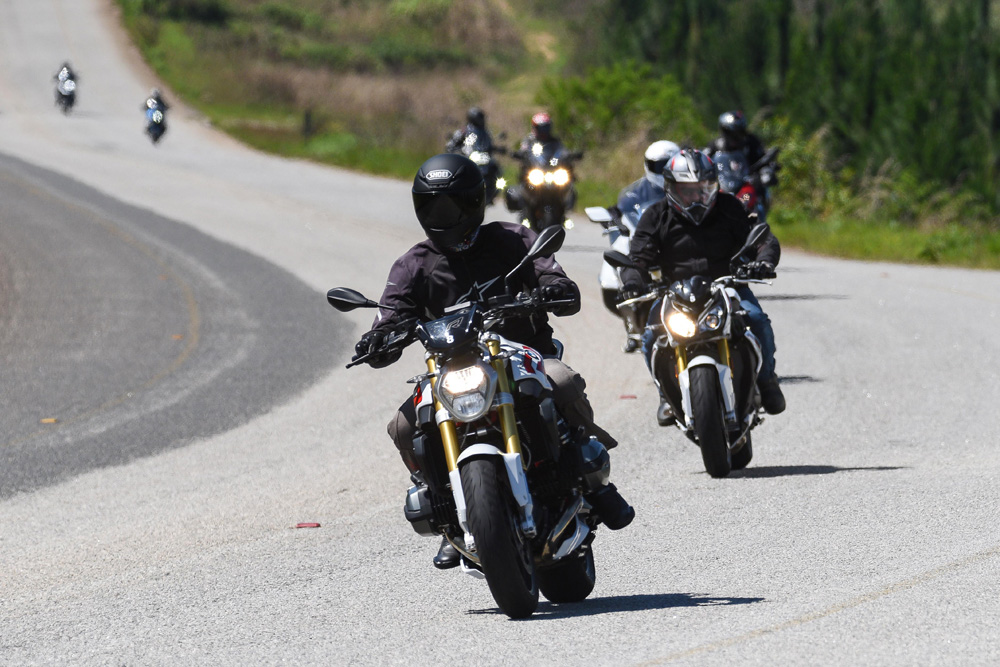 Next up I hopped on the F800 GS. This GS is now starting to show it’s age. The motor is vibey at revs, and the steering is vague. This was exacerbated by the fact that it was shod with TKC 80 knobbly tyres. Opposition brand offerings have caught and passed the 800 GS on most fronts. I do know that a replacement is under development. Watch this space. 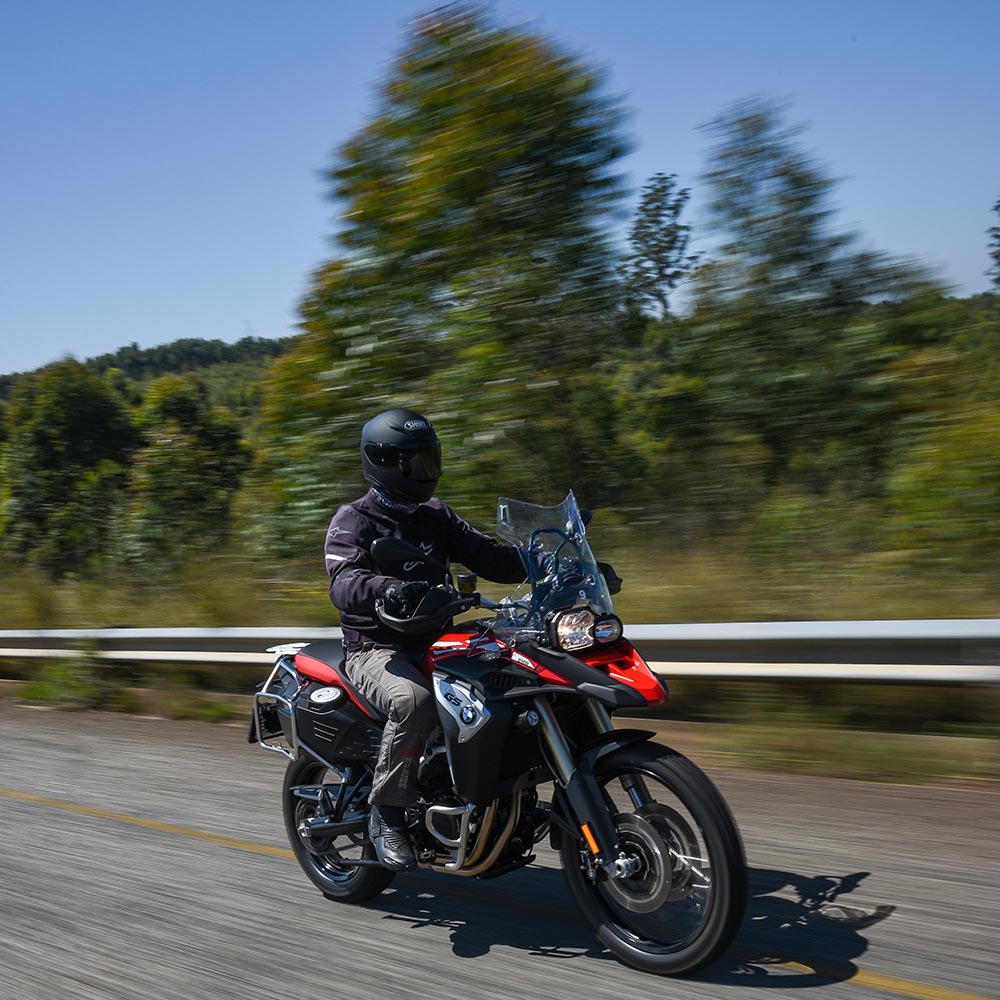 Wow! Now for the Bagger. I rode this beauty up Longtom pass to the cannon site. It is inconceivable that something this big can feel so light and, dare I say it, almost nimble. 118Kw and 170Nm of torque delivered in a silky smooth six cylinder fashion, make for an intoxicating ride. The decent ground clearance allows the fun to continue in the twisties too. Impressive! 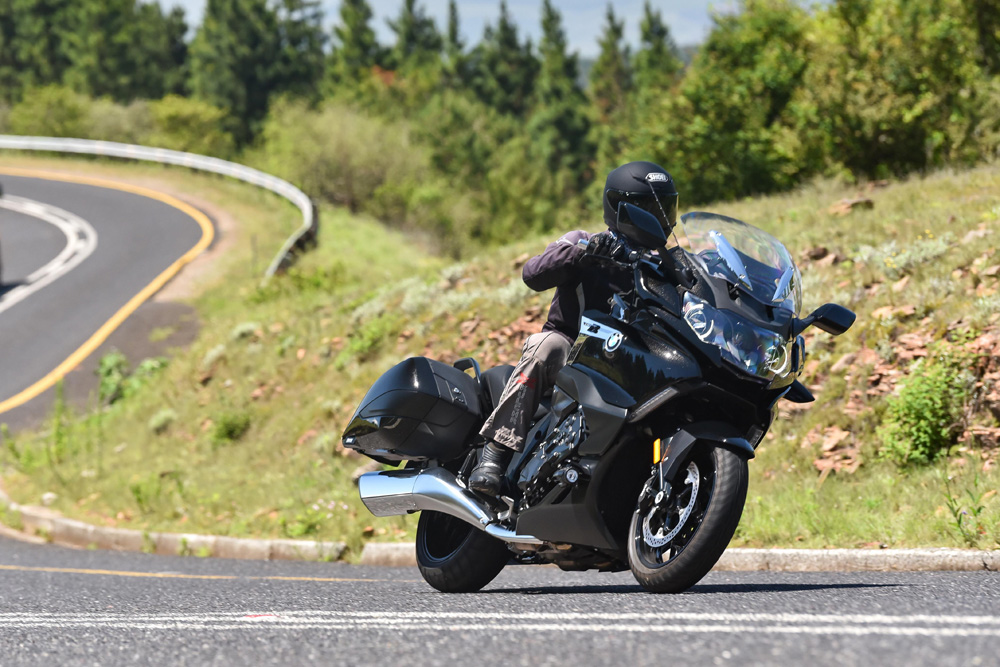 Going from the Gor’Blimey to the ridiculous, I jumped from the Bagger mothership, onto the impish G 310 R. As the pass tightened up the little 310 absolutely railed through the turns. On big bikes like the Bagger, the riding sensation becomes muted. You know there are wheels down there somewhere but almost ride on faith rather than feel. On the littlest Beemer it is the exact opposite. It is totally engaging to ride! First of all it punches way above it’s weight, performance wise. Secondly, it corners so fiercely that every bike in front of you in the tight stuff becomes a moving chicane. More fun than a bag of monkeys on the right road. 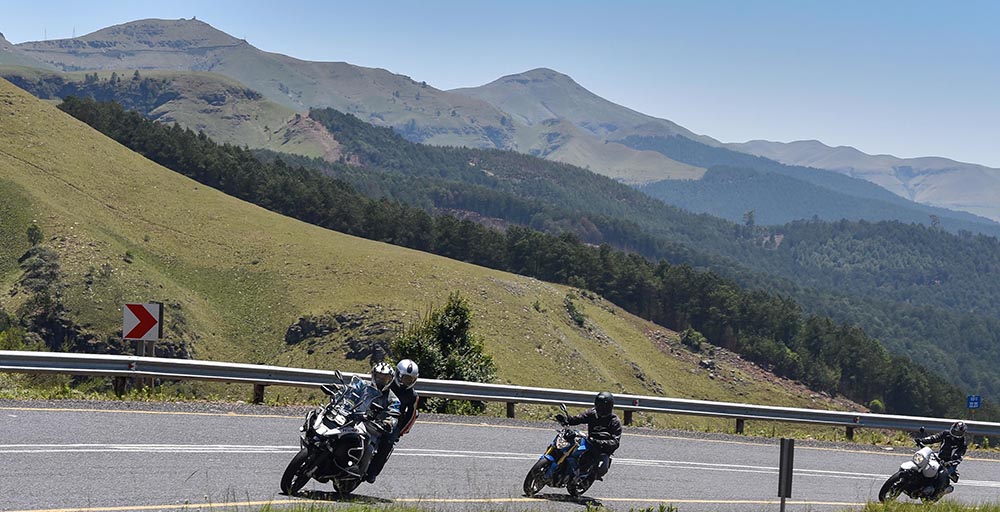 The R9T Urban GS is the street scrambler of the R9T range. Styled like the original R80 GS it is a charming blast from the past. As with the whole R9T range, the bike sports the venerable 81Kw air/oil cooled motor from the previous GS range. It is a lovely mill, with plenty of power and torque in this application. The bike is taught and really pleasant to ride. I dig it. 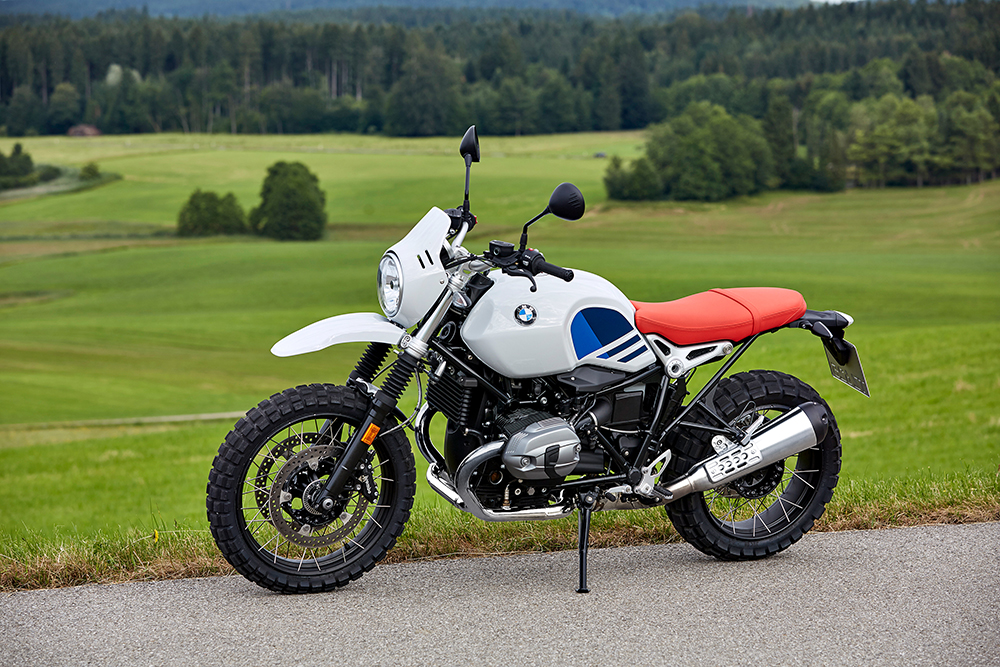 Once again I climbed from a naked bike onto the super tourer K1600 GTL. As competent as the Bagger, but with a back perch that will satisfy the most fastidious passenger, the GTL will waft over vast distances in serene comfort. Once again, not as engaging as smaller lighter offerings, but a magnificent horse for the super touring course. The same 6 Cylinder mill as the Bagger raises refinement to amazing levels. 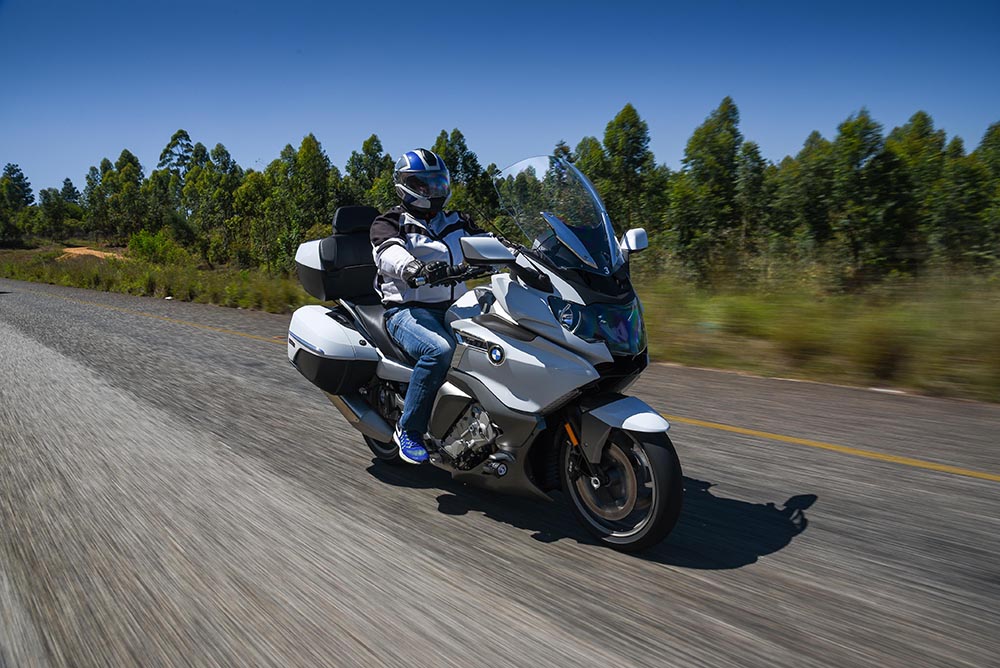 What can I say about the R1200 GS that hasn’t already been said? In RALLYE guise it is meant to be the most dirt worthy GS. We only rode on tar, but the bumpy tight road out of Pilgrim’s Rest reminded me of what an accomplished performer the GS is on damn near any road. Little wonder they sell as well as they do. Mr. Do-it-all. 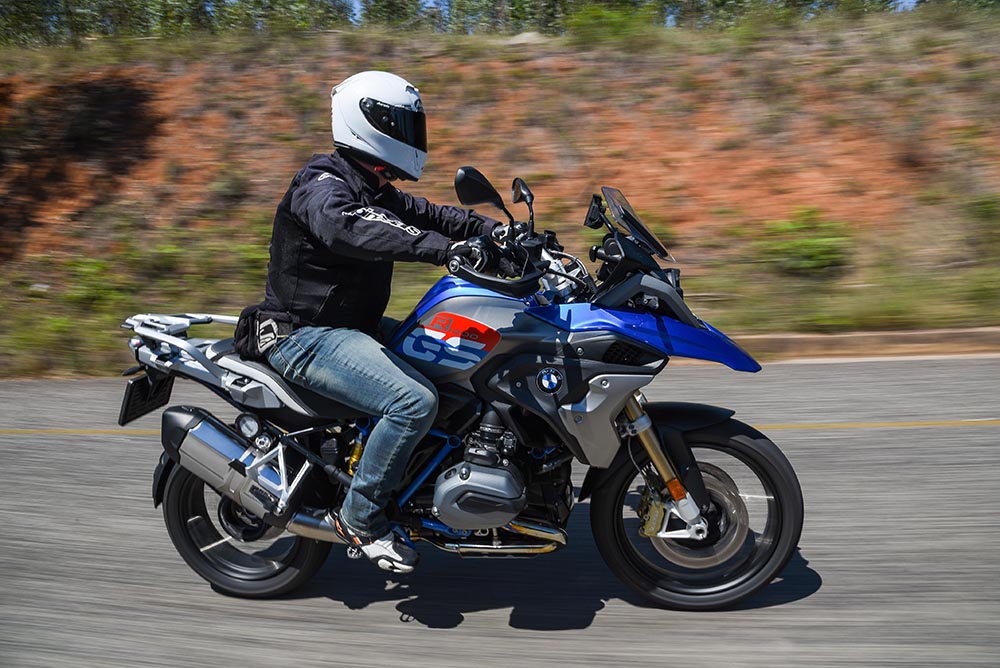 The S1000R is an absolute weapon! Faster than a fast thing, with a chassis to match, and ALL the electronics needed to control the beast. You will not find a better naked sport bike. You may favour another engine configuration or whatever, but you will not find a BETTER bike, period! 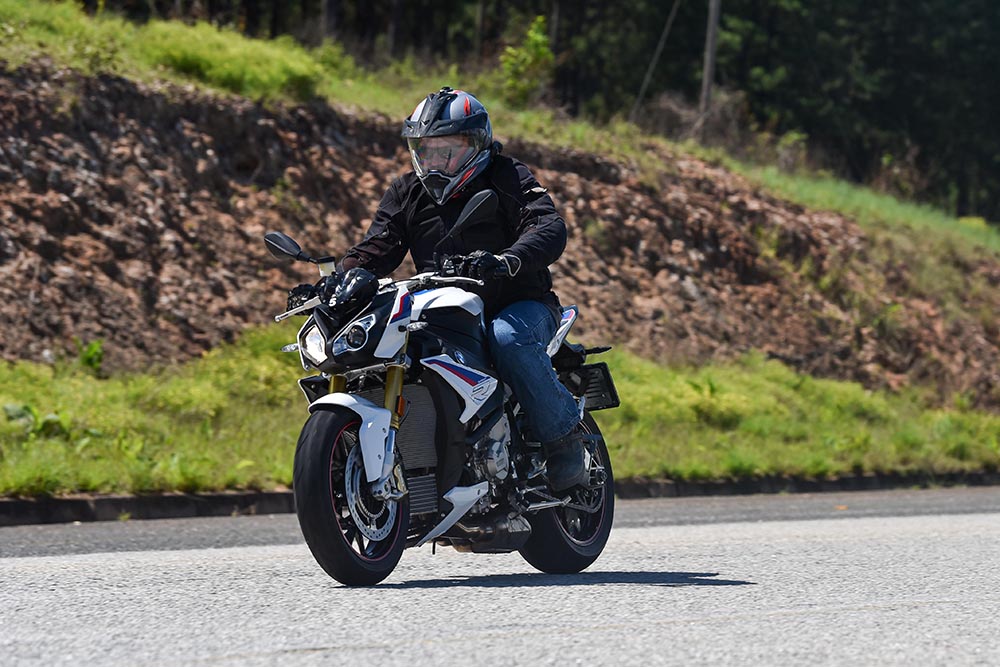 My next ride, after a scrumptious lunch, was on one of the most beautiful Bee Em’s of all time. Certainly if you were around bikes in the 70’s. Yes, you guessed it, the R9T Racer. Stunning in BMW Motorsport livery, the Racer is a feast for the eye balls. Unfortunately riding it is another story. If you have legs like Danny De Vito and the arms of an orangutan, then you will be comfortable. The riding position is seriously uncompromising. The Germans will be the first to tell you that form should follow function. It is a Racer after all! The faster you ride it , the better it gets. The Racer loves long sweeps taken at speed, then all is forgiven. I f your neck and wrists take too much strain just stop and gaze at it. It makes the pain bearable. 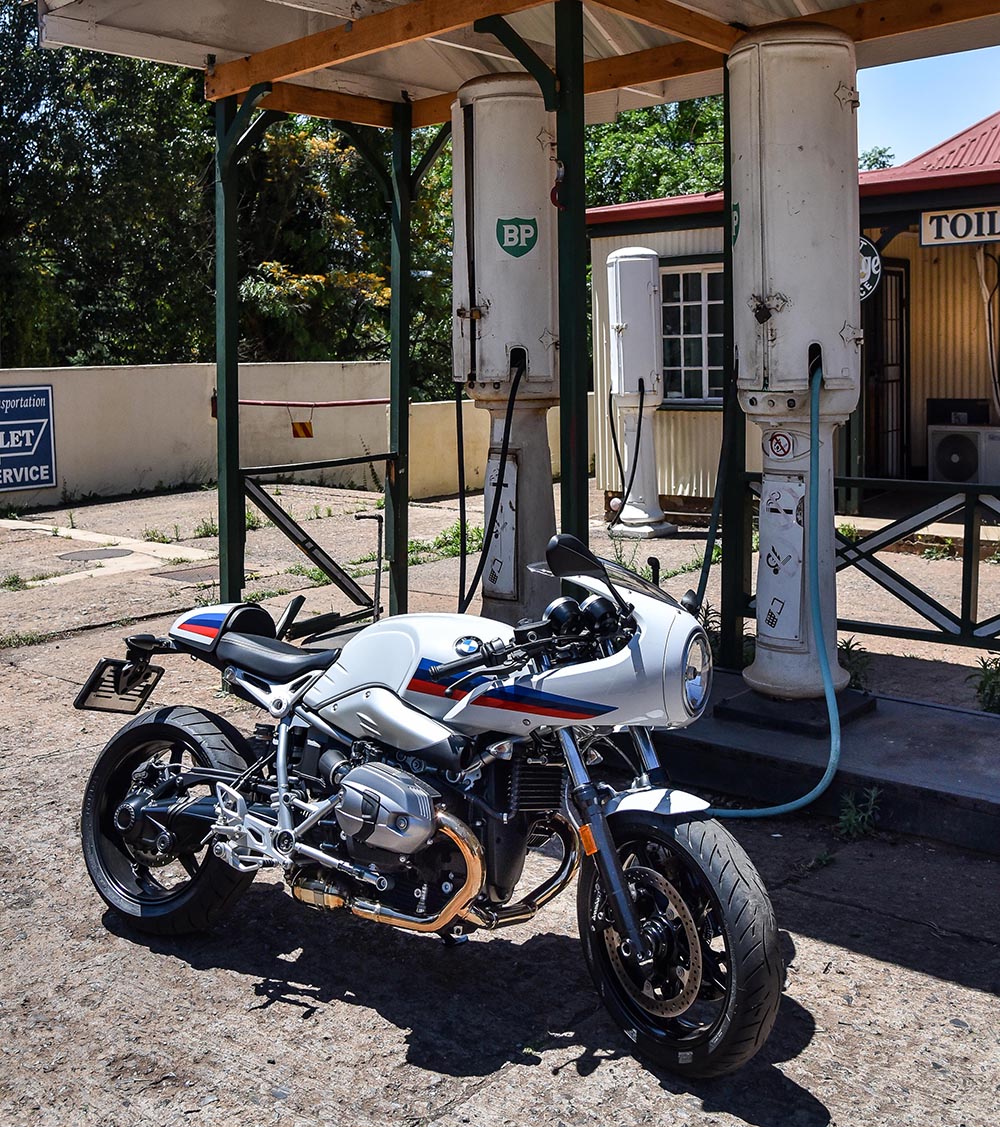 Practicality has never been more exciting than on the S1000 XR. Put a decent fairing and comfy seat on a S1000 R and you come up with a truly practical super bike that can do it all. You sometimes find yourself looking for another gear. The motor, like that of the S1000R, feels busy, even when it is loafing along. The fact that there is such abundant power, at almost any revs, supports the feeling of needing to hook another gear. 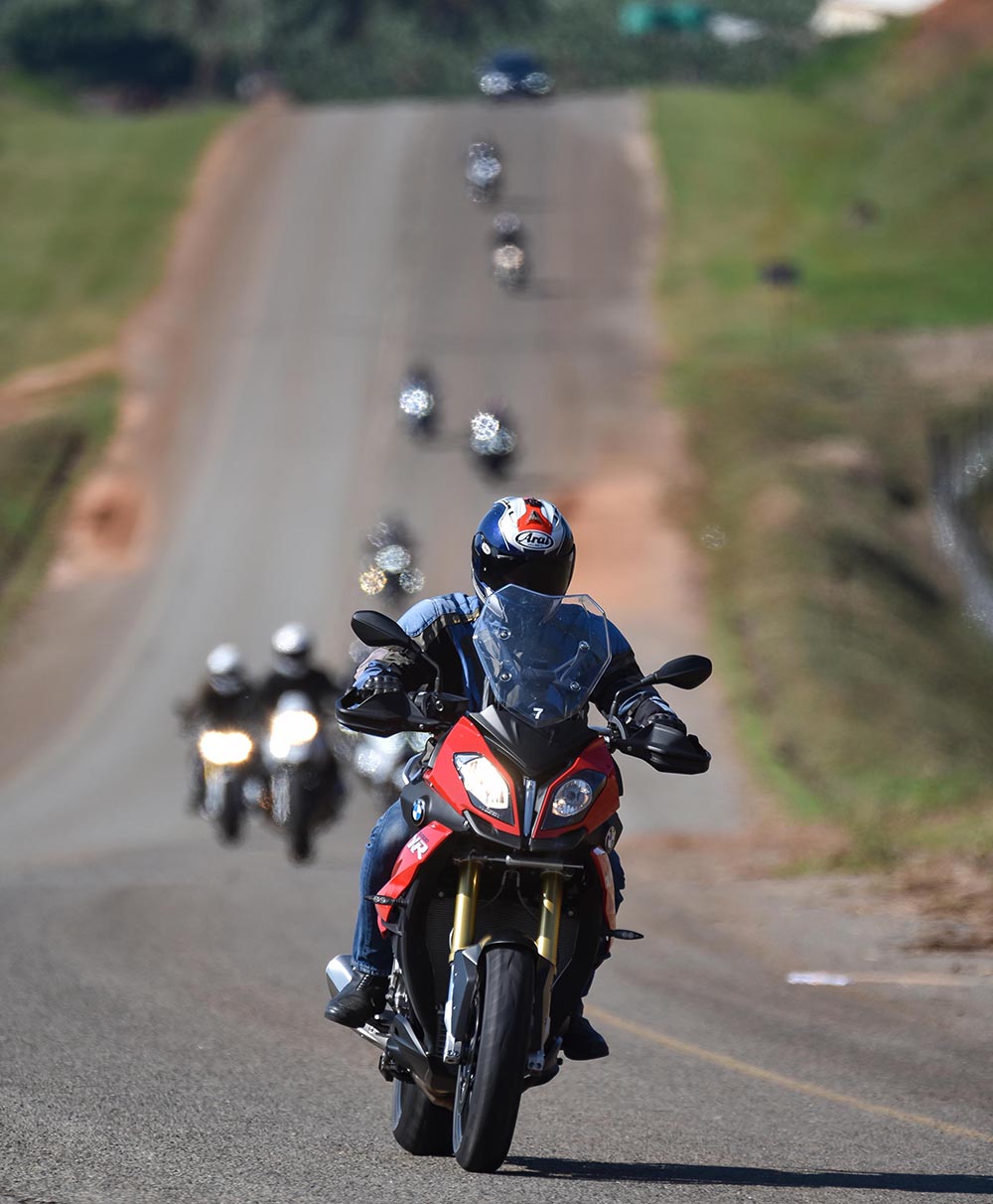 The S1000 XR carried me back to the airport, and the conclusion of a wonderful days riding. As fortune would have it, the weather was absolutely perfect. A bit like baby bears porridge, not too hot and not too cold, just right! The range of BMW bikes that we rode emphasized how incredibly this manufacturer has progressed in recent years. They truly have a bike for all seasons. Not just any old bike either, but bikes that reflect the thorough design and build quality that are synonymous with BMW. No matter what your fancy, there is a motorcycle with the familiar blue and white roundel on it that virtually guarantees rider satisfaction. Pop down to your local BMW dealer and see for yourself. You will not be disappointed!